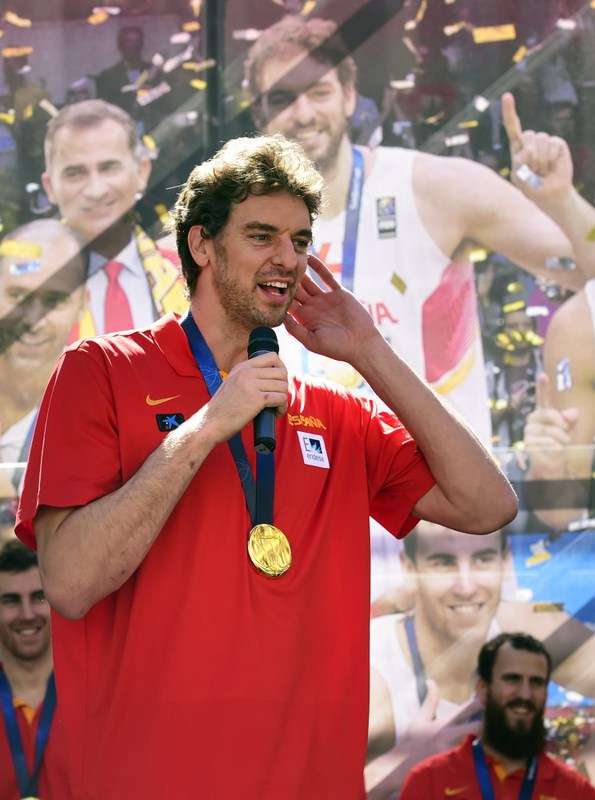 by Sep 22, 2015 12:00 am
Spain won their third European championship in style after a blistering performance by the talismanic Pau Gasol inspired them to an 80-63 win over Lithuania in Sunday's final.

Runners-up on home court in 2007 and third in 2013, Spain forced Lithuania into submission with an electrifying display of speed, skill and lethal long-range shooting at crunch moments.

The 35-year-old Gasol, a double former NBA champion with the Los Angeles Lakers, was named the competition's most valuable player after carrying his injury-hit team throughout the gruelling 24-nation event.

Unstoppable in attack and a pillar in defence, Gasol engineered a 19-8 first quarter lead as the Spaniards turned their half of the court into a fortress.

Gasol's Lithuanian counterpart Jonas Valanciunas, who was at the heart of their semi-final win over Serbia, was subdued this time and fouled out with 10 points and nine rebounds.

Roared on by most of the fans in Lille's soccer stadium, adapted for the tournament's knockout rounds, the Lithuanians fought hard to stay in touch but a late Gasol three-pointer vanquished their faint hopes of a comeback.

Rafa Nadal, winner of 14 grand slam tennis titles, was among the Spanish fans who treated Gasol to a standing ovation when he was substituted in the final minute.