Fenerbahçe and Barcelona shine in Euroleague 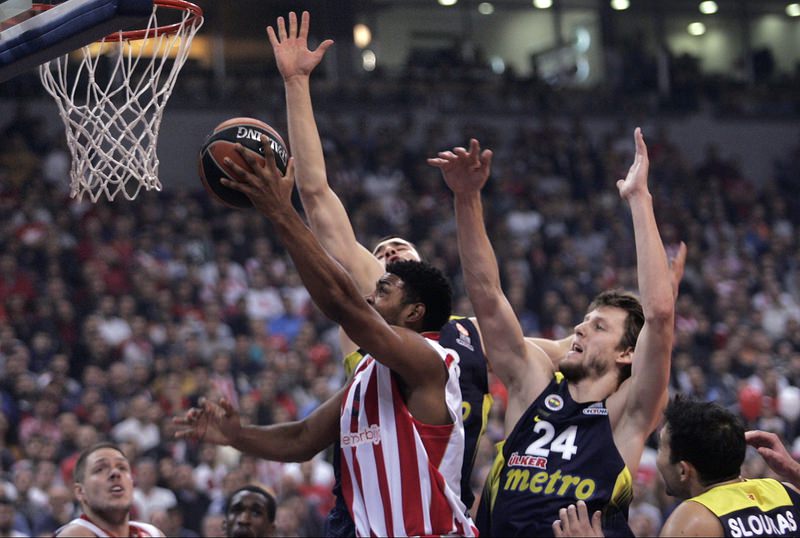 by Nov 07, 2015 12:00 am
Twice former winners Istanbul's emerging force Fenerbahçe and Barcelona enjoyed impressive Euroleague wins at two of the most intimidating away courts on Friday.

Blowing hot and cold this season, an expensively assembled Fenerbahçe fired on all cylinders in a 74-60 success at Red Star Belgrade in front of a raucous 16,203 Serbian crowd.

The Turkish side, who reached their first Final Four last season, never looked back after racing into a 15-2 lead although Red Star briefly slashed the deficit to five points.

Fenerbahçe centre Pero Antic tormented his former club, finishing with 14 points and seven rebounds after the home fans gave him a red-carpet reception.

"It's very difficult to play against the club you love but I had a job to do," the athletic 33-year old Macedonian, who spent the previous two years with the Atlanta Hawks, told a news conference.

"Red Star will always be in my heart and knowing how tough it is to play against them on home court, I am very pleased with my performance."
On Barcelona's side, an action-packed round also saw holders Real Madrid grind out a last-gasp 101-99 home victory against Bayern Munich while unfancied Poles Stelmet Zielona Gora stunned six-times champions Panathinaikos 71-68.

Barcelona, winners in 2003 and 2010, prevailed 85-78 in an electrifying contest with 1999 champions Zalgiris Kaunas of Lithuania after Croatian centre Ante Tomic racked up 18 points and eight rebounds.

Barca displayed superior long-range shooting, nailing nine of 19 three-pointers while the home side hit only three of 15.

"We knew it would be a very difficult challenge because Zalgiris are having an excellent season," the Catalan side's coach Xavi Pasqual told www.euroleague.net.

Djordjevic, who guided his native Serbia to a runners-up finish at last year's World Cup, is likely to come under pressure as Panathinaikos slipped to a 1-3 record in their section.

Real, who have won a record nine titles, led Bayern by 13 points and then trailed by as many before American guard Jaycee Carroll sealed the thriller with a three-pointer on the buzzer.

"The last shot was great and I am happy that we won," said Carroll, a key player in Real's success last season.

"The whole team fought hard and a lot of players did very good things in the second half to overcome the deficit."