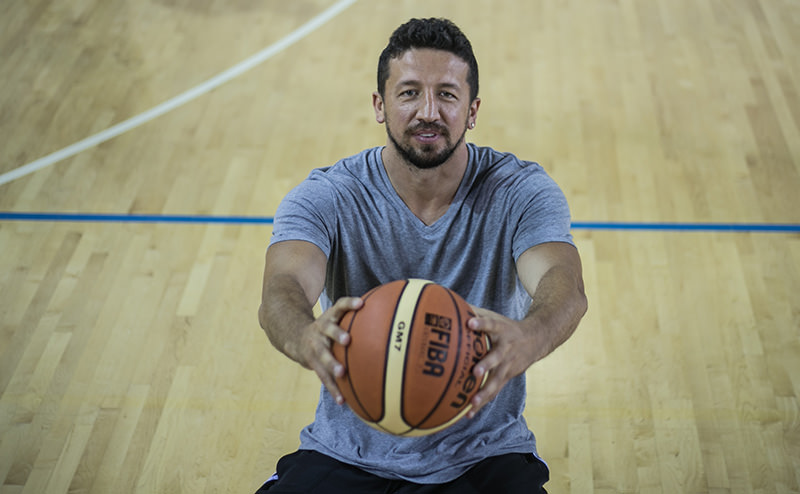 "I have decided to end my career as an NBA player for 15 years and the most-capped player for Turkey's national team," Turkoğlu said in a statement Friday.

The 36-year-old former Orlando Magic veteran added that he will now work for the development of Turkish basketball. Turkoğlu and Turkish Basketball Federation (TBF) President Harun Erdenay are expected to hold a press conference in Istanbul Monday to formally announce Turkoğlu's new role.

The Turkish national basketball team's talisman, Turkoğlu, started his career in Efes Pilsen, now known as Anadolu Efes, in 1996.
After a four-year spell with the Istanbul giants, Turkoğlu was drafted by NBA team Sacramento Kings.

Apart from the Kings, he played for several other NBA teams during his career, including San Antonio Spurs, Orlando Magic, Toronto Raptors, Phoenix Suns and Los Angeles Clippers.

Turkoğlu was picked for the NBA All-Rookie Second Team in his first season for the NBA. In 2008, he received the "NBA Most Improved Player Award".

"Hedo" Turkoğlu was a Magic regular when the Eastern Conference team lost the 2009 NBA finals against Los Angeles Lakers, 1-4.

At the end of his career, Turkoğlu played 997 regular season matches in the NBA and 98 play-off games.

He was the most-capped player for Turkey's national team and was also one of the key players for Turkey in the EuroBasket 2001 and 2010 FIBA World Championship.
Last Update: Nov 13, 2015 6:48 pm