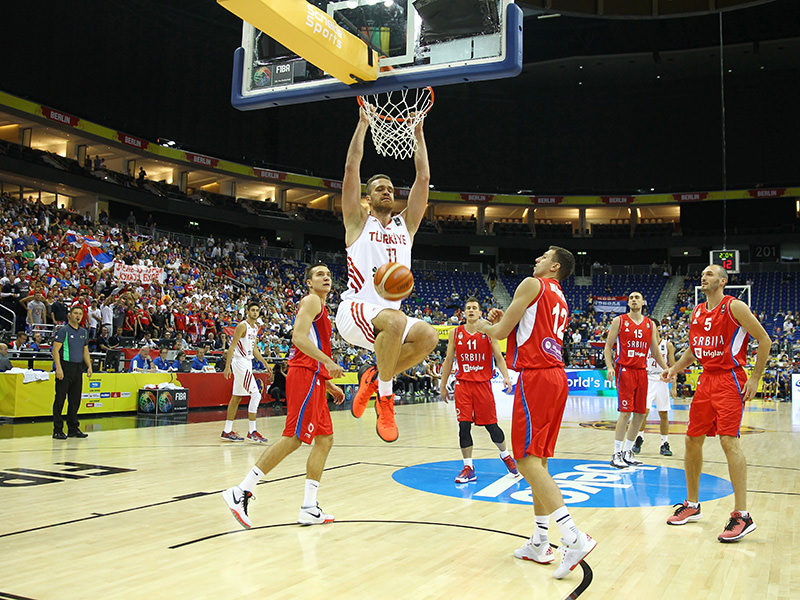 In line with the final standings of EuroBasket 2015 and the FIBA World Ranking, Turkey has been invited to complete in the 18-team OQTs line-up

Turkey's Men's and Women's National Basketball Teams will take part in Qualifying Tournaments for the 2016 Rio Summer Olympics, top basketball body of the World FIBA announced Tuesday. The tournaments will be the last chance for Turkish teams to take part in Rio 2016.

The winners of each tournament, which will include six teams, will qualify for the 2016 Rio Olympic Games.

The announcement said that Turin of Italy, Manila of Philippines and Belgrade of Serbia will host the men's tournaments between July 4 and 10.

French city of Nantes will host the women's tournament on June 13 to 19, which will be held in two groups that will include Argentina, Belarus, Cameroon, China, Cuba, France, Korea, New Zealand, Nigeria, Spain, Turkey and Venezuela.

Group draws will be held on January 26 at the FIBA headquarters in Mies, Switzerland.
Last Update: Jan 20, 2016 11:47 pm
RELATED TOPICS