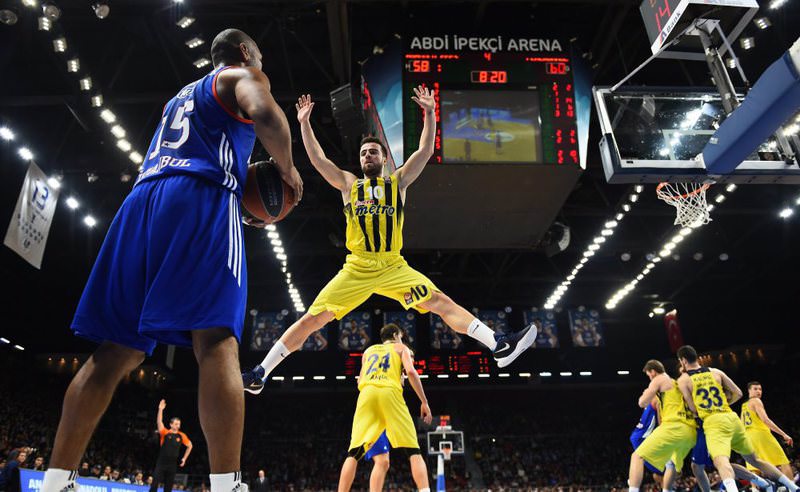 The elite teams and biggest stars in the Spor Toto Basketball League (BSL) head to Bursa on Feb. 17-21 for the 31st FIAT Turkish Cup.

This year's rendition of the single-elimination tournament features the top eight teams from the first half of the BSL. All games will be broadcast live on TRT Spor and streamed at TRTspor.com.tr.

"Bursa is one of Turkish basketball's great cities, which makes Tofaş Sports Hall an ideal setting for the FIAT Turkish Cup," Turkish Basketball Federation (TBF) President Harun Erdenay said. "I want to wish all eight teams the best of luck. Fans in Bursa and across Turkey are in for a treat, as the competitiveness of the BSL will be on full display this week."

The Turkish Cup was first organized during the 1966-67 season, with Fenerbahçe coming out on top. The tournament has been played continuously since the 1991-92 season. Anadolu Efes have hoisted the cup a record 10 times, including last year in Gaziantep.

"We're proud to be the naming sponsor of the Turkish Cup," FIAT Business Unit Director Altan Aytaç said. "Bursa is a city with a rich basketball tradition tied to Tofaş. Our Tofaş Sports Club has been a contributor to basketball for well over four decades, and now we are taking the excitement to a new level with FIAT sponsoring this tournament. Turkish basketball is on the rise in Europe and globally, and we believe that the global force of the Turkish automotive Tofaş is a perfect match for it. I hope every sports fan will be a part of this festive event by coming to the arena and following on television."

The semi-finals are scheduled for Friday at 5 p.m. and 8 p.m., with the winner of Fenerbahçe-Demir İnşaat Büyükçekmece facing the winner of Pınar Karşıyaka-Anadolu Efes in the early game. The winner of Darüşşafaka Doğuş-Trabzonspor Medical Park will face the winner of Galatasaray Odeabank-Banvit for the second spot in the final.

"The Turkish Cup offers fans a different level of excitement, with eight teams playing in one city and one arena," BSL Director Samer Şenbayrak said. "Every game is its own story, and our fans in Bursa and nearby have the opportunity to come to the arena and be a part of that story."
RELATED TOPICS