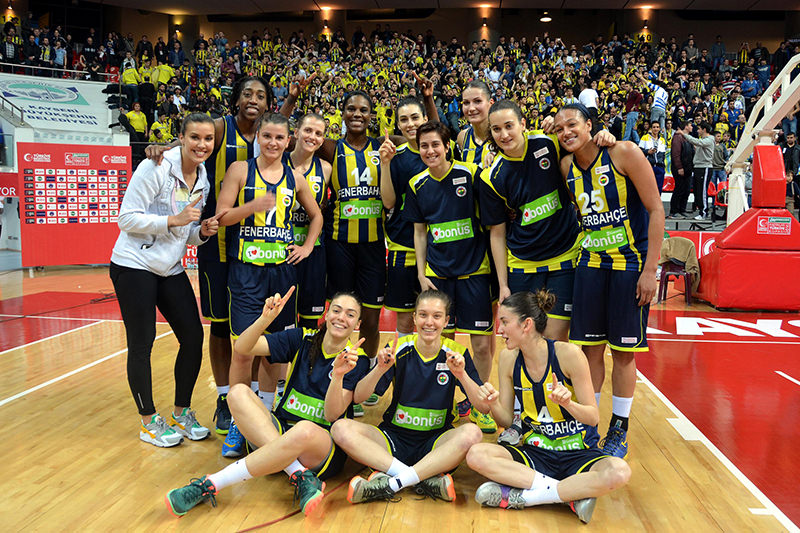 This marks the second time since 2012 that Istanbul will host another EuroLeague Women final.

The Final Four tournament will be played at the Fenerbahçe Ülker Arena which has a capacity of about 15,000 spectators.

The Final Eight, the season's finale, was held at Abdi İpekçi Arena and organized by Galatasaray.

After the announcement FIBA Executive Director Europe, Kamil Novak said:"Fenerbahçe is a club with a rich tradition, and their women's basketball team has established itself in the very top of European basketball,"

"We are convinced that we will once more experience a fantastic basketball atmosphere," Novak added.

The Canaries will face Russia's Nadezhda Orenburg in the first semi-final, while last year's champions ZVVZ USK Prague from the Czech Republic will compete against the other Russian team in the final, 2013 winners UMMC Ekaterinburg.

The Final Four line-up was confirmed on March 16 as Galatasaray lost 66-86 to UMMC Ekaterinburg.

Turkey's success in women's basketball and other competitions in recent years has gone to show that Turkey's recent investments in women's sports are beginning to bear fruit and that Turkey's female athletes are excelling in new sports other than volleyball.