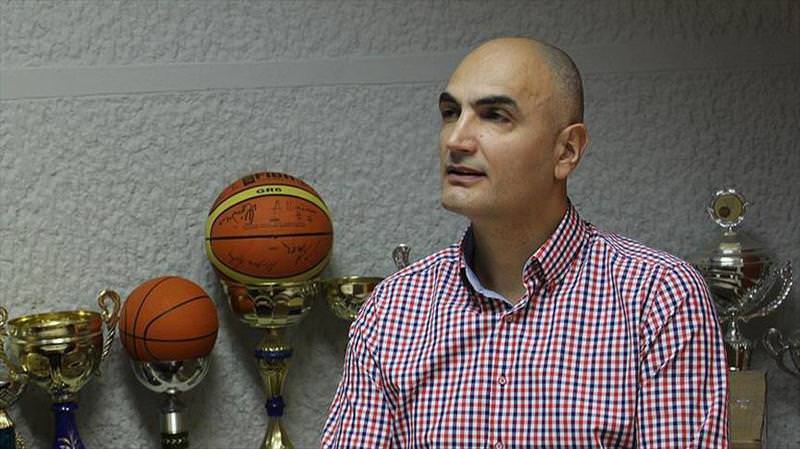 Macedonia Basketball Federation head Petar Naumoski said this could be a big year for Fenerbahçe in the Turkish Airlines Euroleague.

"Fenerbahçe can win the trophy in Euroleague," said Naumoski, 47, a former Macedonian player for Turkey's Efes Pilsen and Ülker Sports. "They played the quarterfinal last year. The fans are expecting the championship from them. Fenerbahçe showed in their last game that they are invincible."

"Harun Erdenay was my opponent back when we used to play basketball," he recalled. "He was playing for Ülkerspor while I was playing for Efes Pilsen. But our competition was only on the court. Outside the court we had a great friendship. It's a great pleasure for me that he is doing the same task in Turkey as I do in Macedonia. I must say that we have a great collaboration."

Naumoski was born in Prilep, Macedonia in 1968. He earned success during his career in Turkey and Italy. During his football career he has played for Split, Fersped Rabotnicki, Efes Pilsen, Benetton Treviso, Montepaschi Siena, Olimpia Milano, and Ulker Spor.

Fenerbahçe has completed Group E in the Turkish Airlines Euroleague Top 16 as the leader of the group and qualified to face Spain's Real Madrid in a playoff quarter-final series.

The game is scheduled for next Tuesday, April 12 in Istanbul's Ülker Sports Arena.

Fenerbahçe was also the first team this season to grab a playoff spot in the Top 16 Group E.

The team is led by Serbian Coach Zeljko Obradovic.