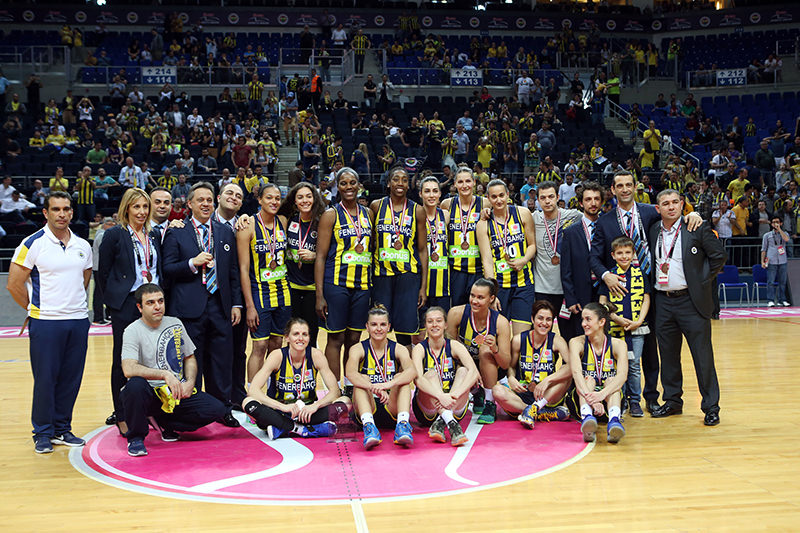 After a promising first quarter, ZVVZ USK Praha held an early lead over Fenerbahçe with 24-18 but neither team showed any signs of giving up.

ZVVZ USK Praha, the defending EuroLeague champs were still trailing behind by 3 points at 37-34 when the second period's whistle blew.

Prague's Kia Vaughin and Karolina Elhotova put the team ahead 45-43 in the beginning of the 3rd period. USK made a real push in the third quarter, winning it 49-50.

Turkey is among the four nations scheduled to co-host the 2017 Eurobasket.

Turkey's success in women's basketball and other competitions in recent years has gone to show that the country's recent investments in women's sports are beginning to bear fruit and that Turkey's female athletes are excelling in new sports other than volleyball.