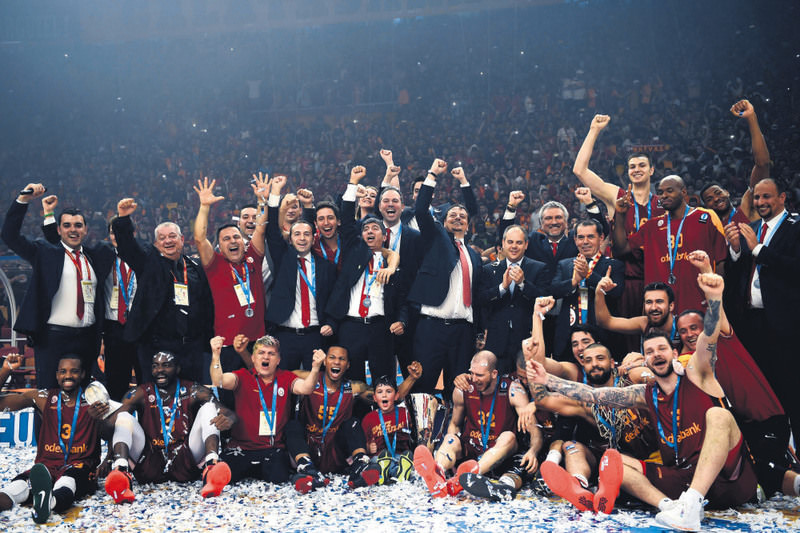 Galatasaray became the 2016 Eurocup basketball champions after beating France's Strasbourg 78-67 in the final played at the Abdi Ipekçi Sports Hall in Istanbul Wednesday. The Turkish team had previously won the football UEFA Cup and UEFA Super Cup in 2000, becoming the first and only Turkish team to win a major UEFA football competition. This time, they have repeated a similar success in basketball. The Galatasaray men's team won the first Eurocup in Turkish basketball history. Galatasaray Odeabank have now earned the right to play in the 2016-17 Turkish Airlines Euroleague.

After losing the first leg 66-62 in France, Galatasaray knew that they had to perform in front of their home crowd in Istanbul and they duly delivered, racing to an 11-2 lead early on, forcing Strasbourg into a timeout before settling for a 27-16 first-quarter cushion.

The French side though came back in the second quarter to narrow the aggregate score before the hosts, roared on by an 11,400 sell-out crowd inside the Abdi İpekçi Arena, stormed back and eventually, they scored the final five points to claim the win, the title and a place in next season's Euroleague.

"I am proud of all of my guys, all of my players," Galatasaray coach Ergin Ataman said. 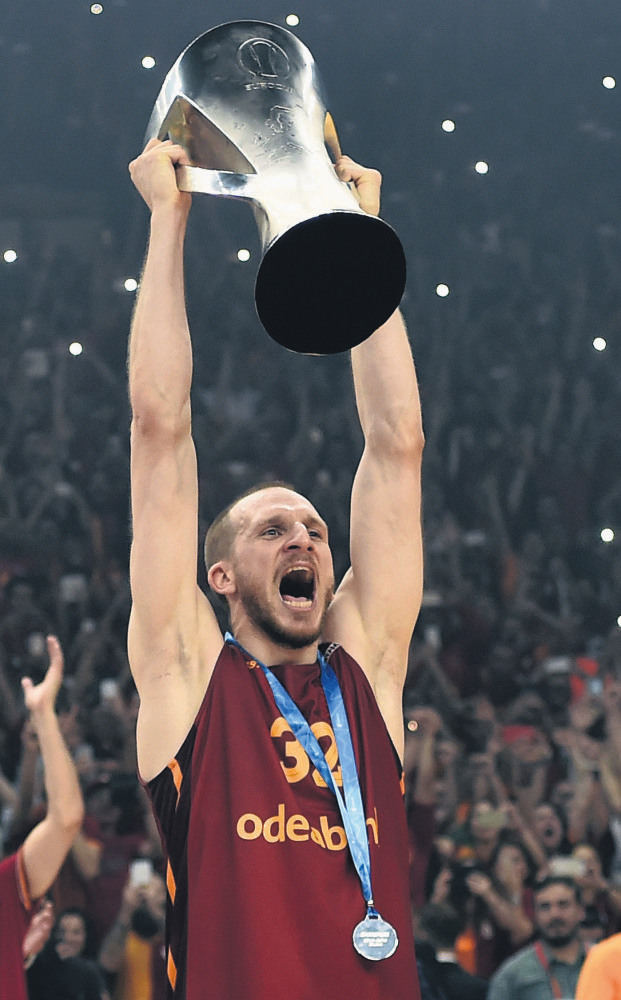 "They are part of the history of one of the biggest clubs in the world. This is a big result in Galatasaray's history, the first Eurocup in Turkish basketball history. The Galatasaray fans are great."

I was surprised [to be named Eurocup Finals MVP]," Lasme said. "I don't really play for those personal awards. I'm grateful I got it, but I think it was more a team effort. Everybody participated. My teammates made me look good. I made a lot of mistakes sometimes and my teammates make me look good. So I think this trophy is more for my teammates and the organization than for me."

Stephane Lasme came to the Eurocup this season to help Galatasaray Odeabank capture the crown, according to Eurobasket. Lasme was a major reason the club was able to do so and was recognized accordingly when he was named the 2016 Eurocup Finals MVP. Lasme was chosen in a vote of accredited journalists at Game 2 of the series at Abdi Ipekçi Sports Hall.

Lasme, 33, controlled the paint in Game 2 of the series with 16 points, 10 rebounds and 2 blocks as Galatasaray won the game 78-67 and the two-game, total-points series by seven points. Lasme's 18 rebounds over the two games were the most in the series, his 5 blocks were tied for the most and his average performance index rating of 16 was the most on his team and second most in the series. He completed this season averaging 11.2 points, 6.6 rebounds and 1.4 blocks in 24 Eurocup games and was named to the All-Eurocup Second Team. Before signing for Galatasaray, Lasme had played five Euroleague seasons for four clubs. He was the 2013 Euroleague Best Defender and voted to the 2013-14 All-Euroleague Second Team, both with Panathinaikos Athens. He debuted in the Euroleague in 2008 with Partizan Belgrade and also played for Maccabi Tel Aviv and Anadolu Efes.