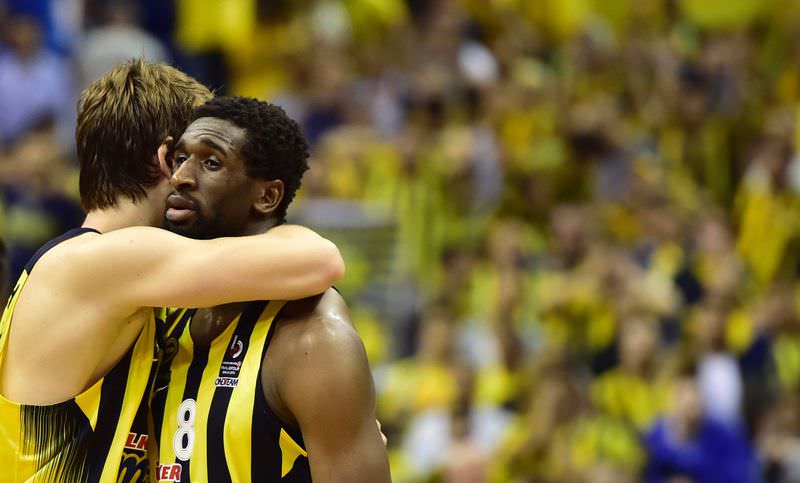 The impressive victory in in Berlin's Mercedes-Benz Arena made Fenerbahçe the first Turkish basketball club to reach the Euroleague final. CSKA Moscow beat Lokomotiv Kuban 88-81 in their semifinal match just before Fenerbahçe's match the same day.

Fenerbahçe will play the final with Russian team CSKA Moscow on Sunday, while Laboral Kutxa Vitoria and Lokomotiv Kuban will vie for third place.

Last year, Fenerbahçe lost against the Moscow club 86-80 in the third-place game of the Euroleague. Six-time Euroleague winner CSKA Moscow has reached the finals 12 times before. Fenerbahçe is seeking to become the first Turkish club to lift the trophy; while its coach, Zeljko Obradovic, has a record eight titles with four different clubs.

The semis produced basketball of the highest quality with the favorites living up to their billing against the season's surprise packages who had defied the odds to reach the Final Four.

Roared on by noisy fans who represented an overwhelming majority among the four sets of supporters forming a 14,000 crowd in the Mercedes-Benz Arena, Fenerbahçe had to dig deep against plucky Laboral.

Cheered on by their vociferous followers from the Basque country, Laboral wiped out a 13-0 deficit and led 62-55 early in the fourth quarter after versatile Greek centre Ioannis Bourousis scored eight unanswered points.

Fenerbahçe, flourishing after several years of heavy investment by their owners, forced overtime thanks to their key players.

"This is the biggest win of my career but I have an even more important game on Sunday when we face an outstanding CSKA," Bogdanovic told reporters after finishing with 18 points.

"We started very well but Laboral were always going to be awkward opposition as they have several brilliant players with an array of individual skills. We were a bit lucky perhaps to force overtime and then our confidence grew."

Macedonian center Pero Antic said: "We took our foot of the gas pedal much too early but showed resilience when we needed to."

Laboral could have won it in regulation but appeared to have run out of energy. Luigi Datome, who had 15 points, sank a 3-pointer and Kostas Sloukas then drove to the basket with 25 seconds left to make 72-72.

Ioannis Bourousis, who led Laboral with 22 points and 10 rebounds, missed one of two free throws late in the fourth, and Darius Adams had a turnover and missed one free throw as the Spanish club wasted a late five-point lead. Adams finished with 19 points. Bourousis had eight straight points late in the third and at the start of the fourth. His 3-pointer gave Laboral a two-point lead at the end of the third quarter.

Jan Vesely, coming back after missing the previous six games with an Achilles tendon injury, had 14 points for Fenerbahçe, with Ekpe Udoh also adding 14.