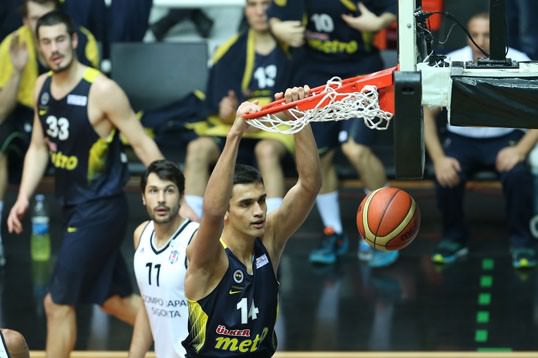 Team spokesman Fred Demarest on Monday confirmed that the school had received his signed letter of intent.

The 7-foot Turkish center Yurtseven scored 91 points in a game for Fenerbahçe's under-18 team this weekend, which finished seventh in the 16-team finals. Yurtseven was chosen as 'best center' in the championship, in addition to the titles of top scorer and rebounder.

He has had some troubles with Fenerbahçe's Head Coach Zeljko Obradovic, who have led the team to finals in Europe's top basketball tier Euroleague, for joining an NBA camp in Canada without Obradovic's permission.

His addition strengthens a Wolfpack team which lost two players to transfer and three of its underclassmen declared for the NBA Draft this offseason. Two of them — big men BeeJay Anya and Abdul-Malik Abu — still have the option to return.