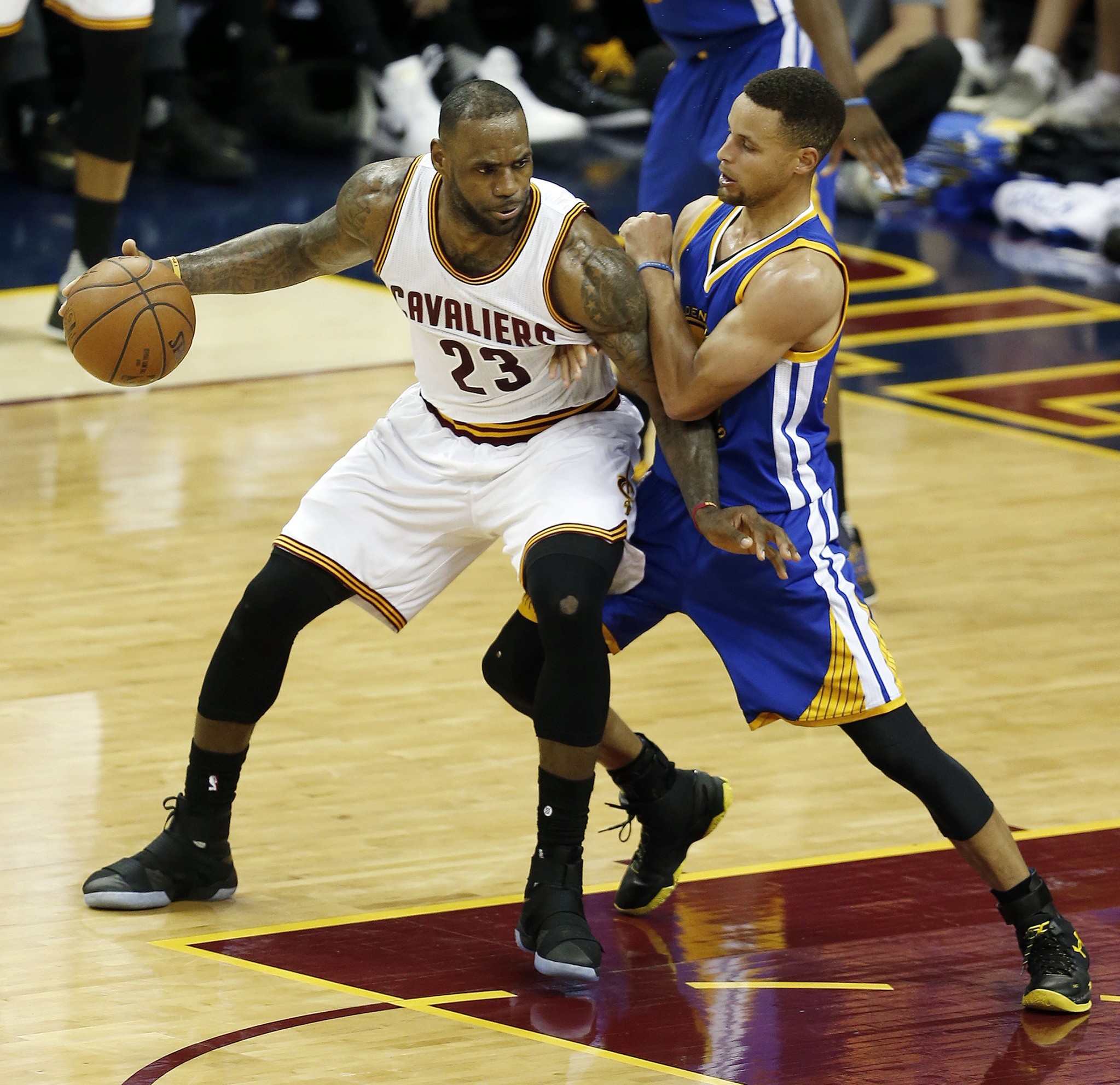 Delivered their worst playoff loss in two years, the defending champion Golden State Warriors must rebound quickly to prevent the Cleveland Cavaliers from pulling level in the NBA Finals.

The Cavaliers ripped Golden State 120-90 Wednesday, trimming their deficit in the best-of-seven series to 2-1 entering game four Friday at Cleveland with game five Monday back in Oakland, California.

"We've been able to bounce back pretty quick because we can turn the page and understand we're still in good position," said Warriors guard Stephen Curry, the NBA Most Valuable Player.

"How we bounce back Friday will show our heart and soul about winning. This is hard. We've got to embrace the challenge."

Curry, the league's top scorer during a record 73-win Warriors season, and Klay Thompson, a 3-point sharpshooter like Curry, have been contained by Cleveland's defenders, combining to hit 10-of-26 shots from the floor in game three, only 4-of-16 from 3-point range.

Curry, who hit an NBA record 402 3-pointers this season, scored 19 points, but most came long after the outcome was in little doubt, while Thompson managed only 10.

"It's a tough grind to win a championship," Curry said. "We hope the better team will show throughout the course of the series."

Harrison Barnes, who scored 18 points, says the way to spark Curry's scoring touch is to create shots for him and ease the workload he has had to set up his own.

A victory could have cut short the series, as no NBA team has rallied from a 3-0 hole to win a playoff series. But for the fifth series in a row, the Warriors lost game three and this was by the most lopsided margin since a 138-98 road defeat to the Los Angeles Clippers in 2014, before Steve Kerr took over as Golden State's coach.

"We're all to blame," Thompson said. "They were hungrier than us. There's no excuse. We've got to learn from it."

"We're going to come out much better Friday. Golden opportunity still to go home up 3-1 so no time to sulk."

"If we play with great energy and effort, we won't see another 30-point loss," he said.

Thompson will miss Thursday practice after suffering a thigh bruise when struck by the knee of Cavaliers center Timofey Mozgov.

"It seemed kind of dirty to me. He stuck his knee out," Thompson said of the Russian's defensive move that led to the injury.

"I'm going to take the day off and get healthy. But it's the finals. Nothing is going to keep me out of it."