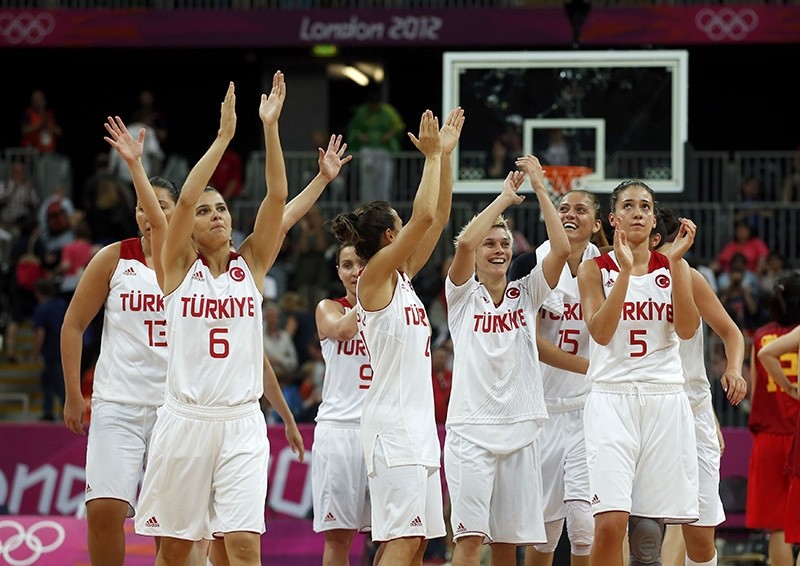 Players celebrate victory against China after their women's preliminary round Group A basketball match at the Basketball Arena during London 2012 Olympic Games (Reuters)
by Daily Sabah Jun 17, 2016 12:00 am

Turkey's Women's National Basketball defeated Cuba 71-45 on Friday in a qualifying tournament match in France's Nantes to qualify for the Rio Games.

Turks started their rally with a 6-0 lead as Cuban team asked for an early break; however, Turkey finished the first quarter with a 4 points lead. Turkey kept playing offensively during the second quarter and finished the first half with 42-24 lead.

At the first minutes of the second half, Işık Alben fuelled Turkey' offense with a three-pointers off the bench, giving the team a 20 points lead.

Turkish team entered the last 10 minutes with a 56-40 lead and did not give Cubans the chance to cut the deficit, finishing the match with 81-45 victory.

Turkey has now qualified for second consecutive Olympic Games and is expected to be strong contender for a place on the podium in Rio.