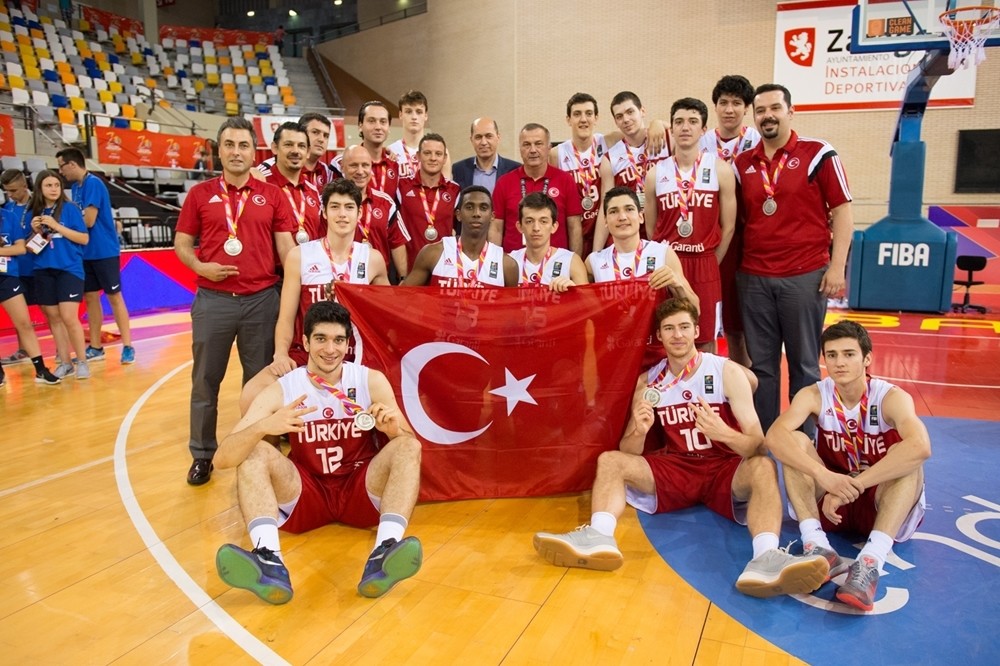 The Turkish U17 Men's National Basketball Team won the silver medal at the 2016 FIBA U17 World Championship in Sunday's final losing 96-56 against the U.S., who has acquired the championship title four times in a row.

The Turkish youngsters managed to reach the final out of 16 teams and brought the first silver medal to Turkey in the U17 category.

In the final game played in the City Arena of the northern Spanish city of Zaragoza, Turkish nationals could not maintain their average shooting ratio against their powerful rivals, while the U.S. was in the lead in all four periods.

U17 team leading coach İsmail Fatih Elbaş said that as a team, they are happy to finish the tournament in second place and playing the final with the U.S. was an important experience.

Responding to questions on whether the team was promised any bonuses after the success, which was widely debated after the Turkish National Football Team's poor performance in the EURO 2016, Elbaş said that the issue was not discussed with the Turkish Basketball Federation (TBF), and they only aim to represent Turkey in such tournaments.