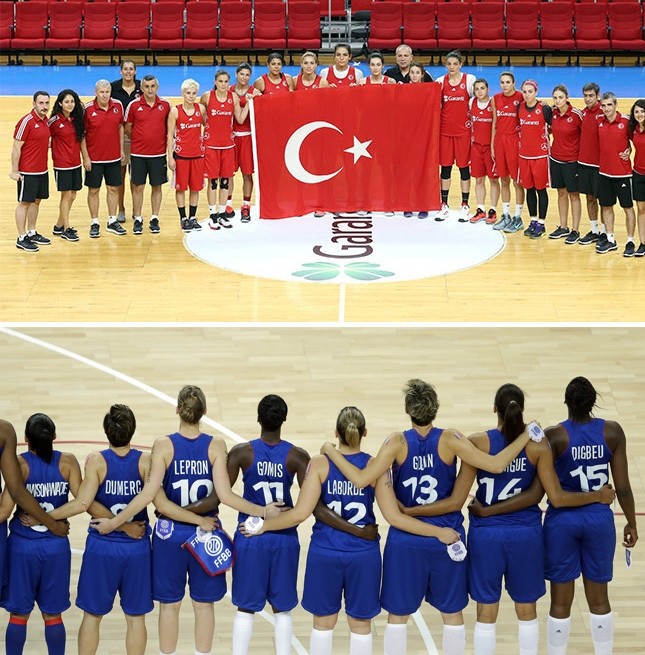 It's been a difficult few months for the Olympic women's basketball teams from Turkey and France. Both countries have been victimized by deadly extremist attacks, and Turkey is struggling with the aftermath of a bloody attempted coup.

For players on both teams, being at the Summer Olympics in Rio offers a respite from what's happening at home — and a chance to show the world a united front.

"In France, we started to lose faith in people," French center Isabelle Yacoubou said. "I hope these Olympics will show people how we can come back together. We are all here together. It's not like some French, because you're black or white, are against other French people. We are all French and fighting for the country. I hope this little time, we will find some joy and try to forget these bad moments."

The teams play each other in their Olympic tournament opener Saturday.

"It is kind of special that we face each other first," Yacoubou said.

Before the game, Yacoubou and her teammates will stand proudly while the French national anthem plays . For the past few years, the players have had a tradition of facing their country's flag with their arms around each other's waists.

"With all that's happened, for me it's really special," Yacoubou said. "Some crazy people did some crazy things. It's very special to be proud of this flag and we show it in front of everybody."

Yacoubou was deeply affected by the July 14 truck attack in Nice, which left 85 dead. She has a house in the area and spends time there every summer with her husband and son. She was in Italy when the attack on a holiday fireworks crowd took place.

"I felt a really big pain. What can we do?" she said. "All we can do is represent our country the best we can and keep going."

"We show pride in our country with the flag and we hope these next few weeks can help heal," she said.

Turkey also is in need of healing after a string of deadly attacks blamed on the Daesh and PKK terror organizations. The Istanbul Airport was bombed on June 28, right before the women's team was about to reconvene for its pre-Olympic training. Then, while the team was training in Slovenia, some military units tried to take the country over on July 15 in a failed coup attempt that left at least 270 dead.

"I think we all feel a heightened sense of responsibility to show that we are representing Turkey," Şebnem Kıyacıoğlu said in a first-person story on ESPNW.com. "(Show) that we are still on our feet, still standing tall. Our success as a team will not only be a sign that Turkey is a democratic nation, where people of many races, nationalities and religions live together, but I believe it will be a glimmer of hope for the people of Turkey."

"We are proud of our country," she added. "There are a lot of Turkish people who have been living through some dark days and losses recently. Turkish people have a lot of pride, and we want to make them proud of us."