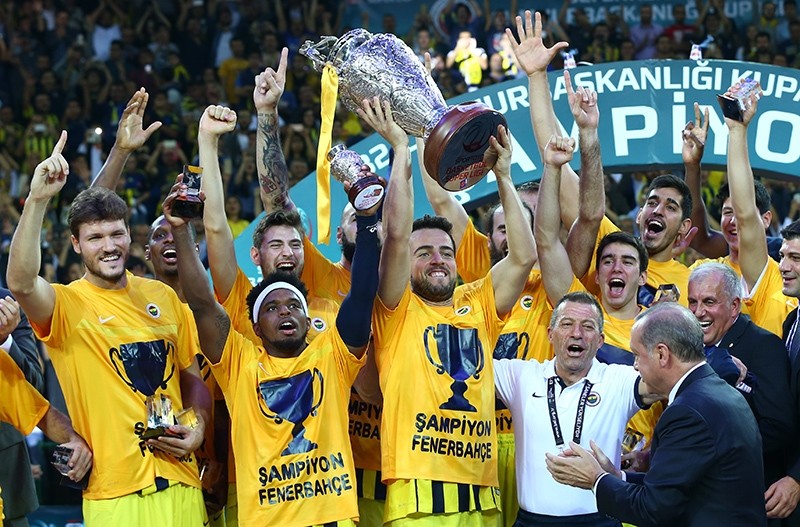 A true clash of the Titans took place in capital Ankara Wednesday night.

Bobby Dixon, Gigi Datome and Jan Vesely didn't fail to amaze Fenerbahçe fans as they led their team to victory in the 32nd Presidential Cup against reigning champions Anadolu Efes.

The game was more than close, but Fenerbahçe won the first title of the new season, beating Anadolu Efes 77-69.

The championship cup and medals were presented by President Recep Tayyip Erdoğan.

Fenerbahçe jumped to a quick start, leaving Anadolu Efes trailing behind 37-29 at half time. Even though Efes tried to pull itself together with strong defense from Thomas and Heurtel in the third quarter, all these efforts were to no avail. Fenerbahçe was up by 8 points 64-56 in the last intermission. With Efes left out of striking distance, Fenerbahçe rolled to triumph with Udoh and Dixon's 3-pointers.

Bobby Dixon a.k.a. Ali Muhammed was the top scorer of the game with 19 points, followed by Gigi Datome with 17 and 15 points from Jan Vesely.

Dixon was also named MVP of the game.