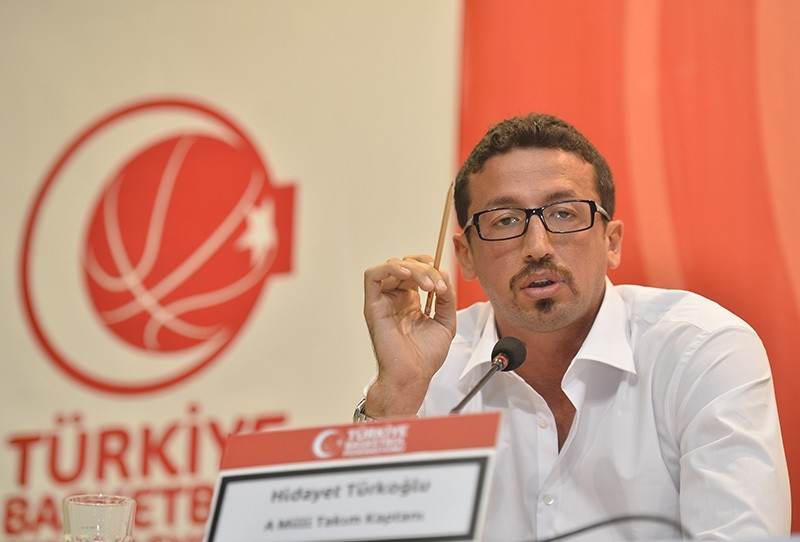 Former NBA star and President Recep Tayyip Erdoğan's chief sports adviser Hidayet Türkoğlu has announced on Thursday that he will be a candidate for the presidency of the Turkish Basketball Federation in the upcoming elections.

Türkoğlu released a statement, in which he said that "I'm so pleased and excited to announce my candidacy for the federation presidency in the new basketball session".

He said that he was so proud to be one of the members of the Turkish basketball family, adding that "We're aware that we are responsible for our clubs, players, trainers, and families who never desert their children to pursue their love of basketball."

Touching on his and his crew's vision for the future of Turkish basketball, Hido said that "Our closeness with basketball lover brands, media outlets and education institutions will increase, we will work shoulder to shoulder with our clubs in harmony."

Türkoğlu, known as "Hido", is a basketball star who retired last year after 15 years in the NBA where he played for the Sacramento Kings, San Antonio Spurs, Orlando Magic, Toronto Raptors, Phoenix Suns and Los Angeles Clippers.

Before his appointment as chief adviser to the president on sports affairs, Türkoğlu had also been CEO of the Turkish Basketball Federation.

Harun Erdenay, former professional basketball player in Turkey and the current president of the Turkish Basketball Federation, announced in the week that he would not be a candidate for the federation presidency in the upcoming elections.