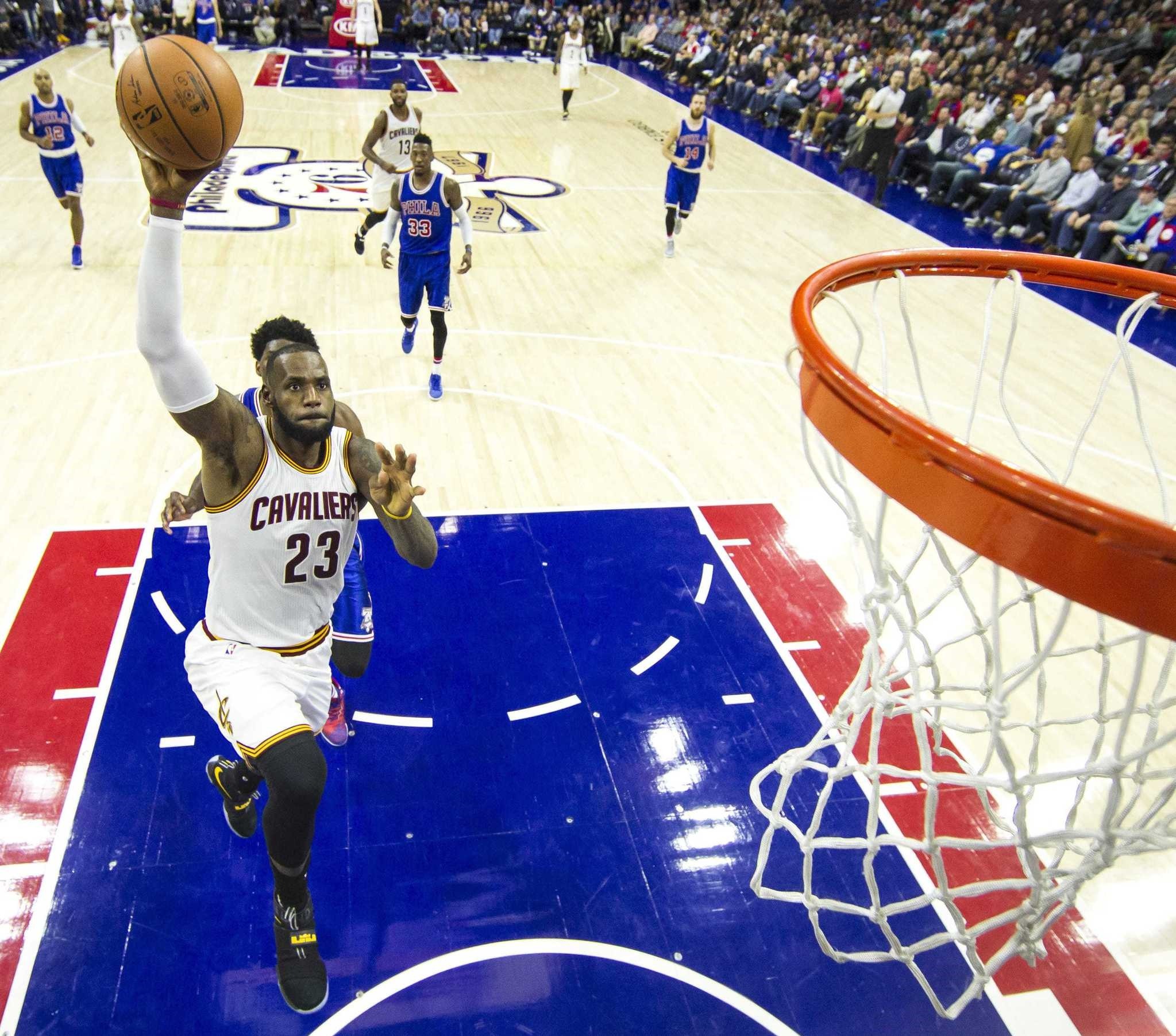 LeBron James scored 25 points on Saturday, passing Hakeem Olajuwon for 10th on the NBA all-time scoring list, as the Cleveland Cavaliers remained unbeaten by defeating Philadelphia 102-101. "King" James took only 993 career games over 14 seasons to surpass Hakeem "The Dream," who needed 1,238 games over 18 campaigns to achieve his total.

"It means I've played with a lot of great teammates that have allowed me and entrusted me to do what I do out on the floor. That's the number one thing," James said. "Also it's a testament to me just taking care of my body and working on my craft throughout my career.

"It's always humbling when you're able to put yourself in any category with the guys that laid the path for you and for the rest of us. So, it's pretty cool."

James worked out with former Houston Rockets center Olajuwon in 2011.

"I knew he worked guys out that wanted to get better and I wanted to expand my game in the low post," James said. "I felt like if I could do that then I could be more dynamic and make our team better."

He won NBA crowns with Miami the next two seasons and took his third crown, and first with Cleveland, last June. The next target on the NBA all-time scoring list is Elvin Hayes with 27,313 points. Of the top 10 players, only James, Kobe Bryant and Michael Jordan weren't centers or power forwards with dominating inside games.

James wants the team to improve, even if they are unbeaten and off to their best start since opening 8-0 in 1976. "We just need to get better," James said. Being unbeaten "means absolutely nothing. On the defensive end we need to be a whole lot better. We have not taken a step backward, but we've had a couple of lulls. We take care of that and we will continue to move forward."

It's a great learning experience for us. It's always great to have these kinds of games. I know we have room for improvement."

Meanwhile, injured Australian forward Ben Simmons will excite Philadelphia 76ers supporters when he finally gets a chance to play in the NBA, league superstar LeBron James said Saturday. James, who shares an agent with the 20-year-old forward from Melbourne, said he thinks Simmons is a talented player and even better person.

"I've been knowing the kid for quite a while now," James said. "He's a good kid, well grounded. He's a great young talent.

"Philly should be excited to have him."

The 76ers took Simmons with the first pick in last June's NBA Draft just days after James and the Cleveland Cavaliers won the NBA Finals, rallying to defeat Golden State in seven games. Simmons suffered a broken small right toe after rolling his ankle in the team's final training camp scrimmage and he is not expected to return until early in 2017. James said he has spoken with Simmons about how to handle the enforced layoff and improve his game while unable to play.

As for what he told him? That will stay private.

"He's like a little brother of mine," James said. "I'll talk to him. But it's not for news clippings." James said the thing he likes best about Simmons on the court is "his ability to see the floor. He pushes with a lot of aggression.

"He has always got his head up and looking for teammates. That's a great ability."

The 76ers are trying to bounce back after having a league-worst 10-72 campaign last season.
RELATED TOPICS