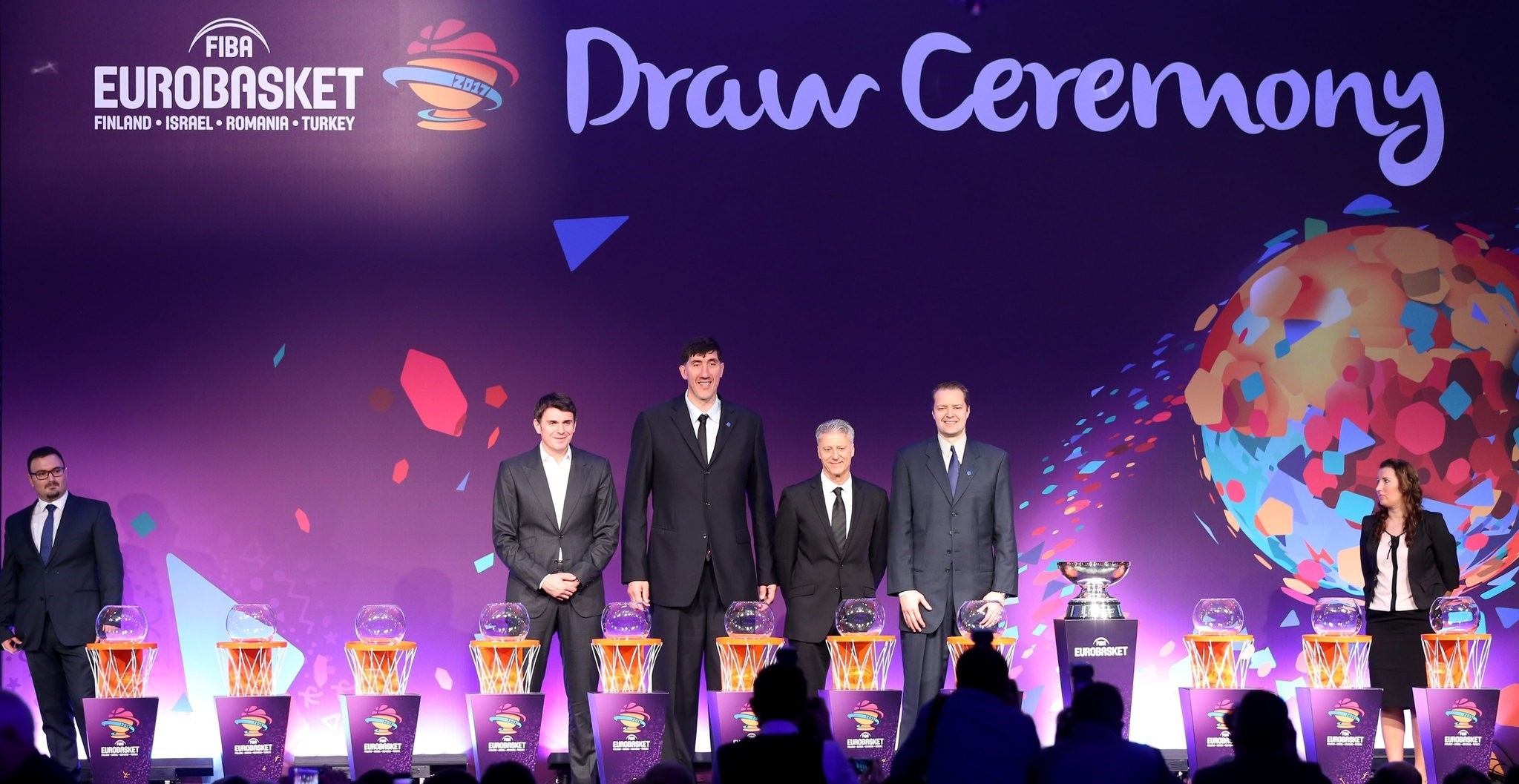 Former basketball players Turkish Mirsad Turkcan, Romanian Gheorghe Muresan, Israeli Mickey Berkowitz , Finnish Hanno Mottola pose for media during the draw of FIBA EuroBasket 2017 in Istanbul. (EPA Photo)
by daily sabah Nov 22, 2016 12:00 am
Turkey will be competing against Serbia, Russia, Latvia, Belgium and Great Britain in group D of the FIBA EuroBasket 2017, with the honor of serving as one of the host nations for the much-awaited tournament.

The draw among 24 teams which will be competing in four groups of six teams was announced Tuesday in a ceremony in Istanbul.

FIBA EuroBasket 2017 will take place from 31 August to 17 September.

Turkey will be the host of the 2017 European Basketball Championship finals and matches of group D at the qualifying stage.

As one of the four host federations, Turkey chose Russia as its partner federation.

Finland, Israel and Romania will host the remaining group matches -- group A, B and C respectively -- at the qualifying stage.