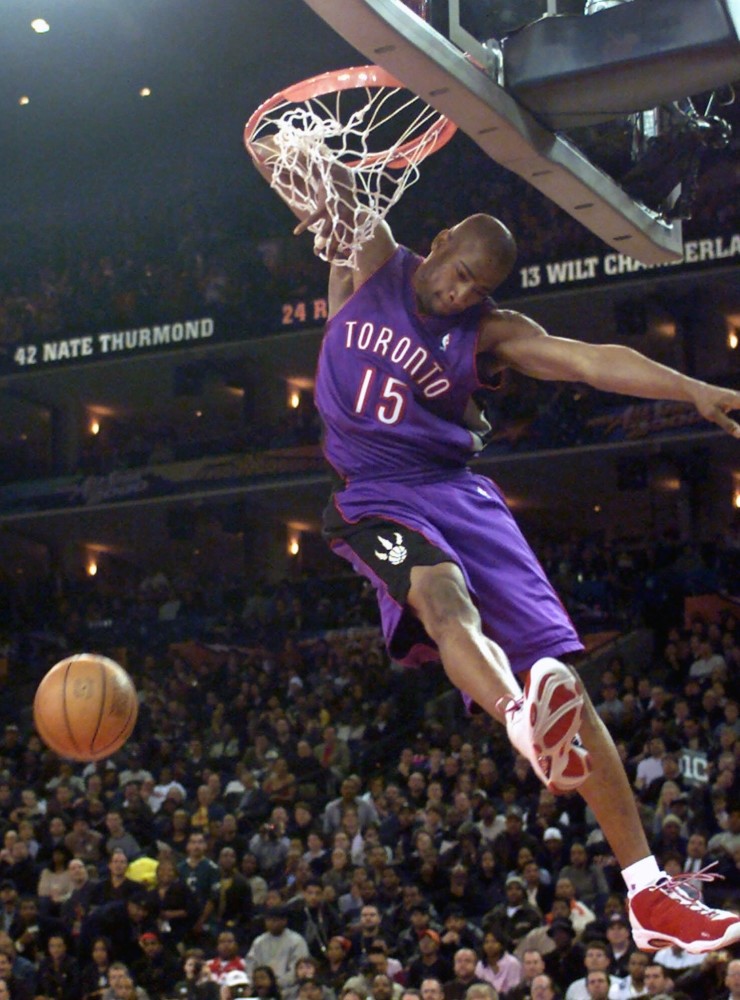 by Associated Press Dec 01, 2016 12:00 am
Vince Carter is no longer the NBA's highest flyer, though he's certainly not ready to be grounded. Once one of basketball's most ferocious dunkers who put opponents on posters long before there were internet Vines, he can no longer rely just on his athleticism. Nearing 40 years old, the guy who famously put his arm through the rim while winning a dunk contest now often plays below it. Like everyone who wants to keep playing toward middle age, it's about the mind now as much as the legs.

"That's how I was able to stay around this long, is just, I learned the game," Carter said. "Not being able to play. Everybody can play basketball, but learning the ins and outs of the game is what has kept me around."

Same with Manu Ginobili in San Antonio, Jason Terry in Milwaukee, Paul Pierce in Los Angeles and Dirk Nowitzki in Dallas, who follow Carter as the oldest players in the NBA this season.

"Basketball is a game a lot of people don't understand," Terry said. "When you are not as athletically gifted, you still have your brain. I learned from none other than Jason Kidd." Terry plays for Kidd now but they were teammates in Dallas when the Mavericks won the 2011 NBA title. Kidd by then was well past his dynamic days as a nightly triple-double threat, a guy who burst into the league with everything but a reliable jumper and left it at 40 ranked third in career 3-pointers.

"As I got older, the speed limit started coming into effect. Instead of going 55, I could only go 45," Kidd said. "But, you know, when things started to go a little bit slower, you got to see things a lot better. For me, things were a lot clearer. As you get older, that's the best time to get better at the game. You can always learn, you can always do something different. For me it was shooting the ball. If I wanted to play for a while I needed to make an outside shot."

Michael Jordan and Kobe Bryant made similar transitions, outworking and outsmarting opponents when they could no longer just outplay them. Now Carter, who will turn 40 on Jan. 26 and ranks in the top 25 in career points and games played, does the same in Memphis - where he surpassed Jordan this season as the oldest player to score 20 points off the bench. Like Jordan, he played at North Carolina for "the mastermind, Dean Smith," as Carter called him, where even as a teenager he was being prepared for how he would need to play 20 years later.
Last Update: Dec 01, 2016 2:18 am
RELATED TOPICS