THY EuroLeague's second half starts with all-Istanbul duel 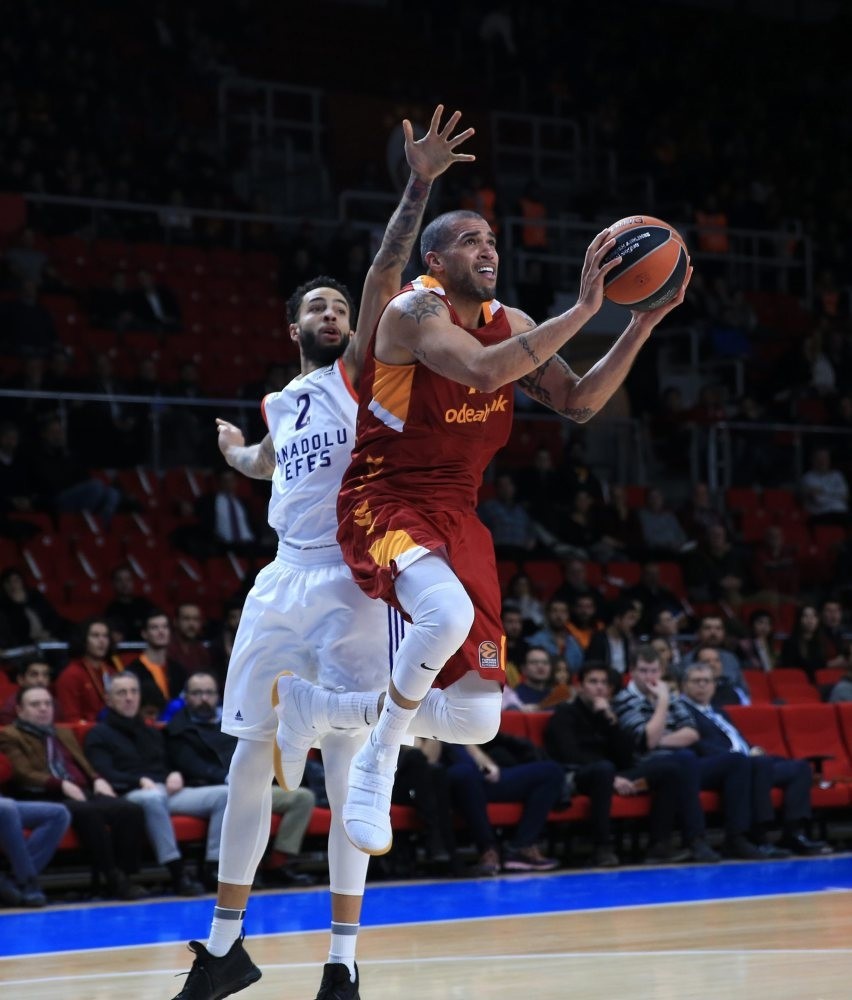 Galatasaray, with a hapless record this season (4 wins-11 losses), have dropped to the bottom of the table with a run of three straight losses, one of which came in the hands of Efes just two rounds ago.

That win, however, was the only victory for Efes in the last four rounds and they will be desperate to make the most of their home court advantage this week, before heading out for a run of four matches on the road in the next five rounds.

Meanwhile, Brose Bamberg (6-9) hosts F.C. Barcelona Lassa (7-8) after both teams revitalized their seasons with wins in the recent weeks.

Bamberg won four of its last five while Barcelona brought a long slide to an end with back-to-back victories.

So far this season, shooting accuracy has been Bamberg's greatest assets, ranking first in the league in both two (54.4 percent) and three-point (43 percent) conversion rates.

Barcelona, in the meantime, have also stepped up their offense, registering two of its three highest single-game point tallies (89 and 81) in the last two weeks.

Elsewhere, Coach David Blatt faces an emotional homecoming as he takes Darüşşafaka Doğuş (8-7) to face his former team, Maccabi FOX Tel Aviv (5-10), which is now led by his former assistant Ainars Bagatskis. Emotions, however, will be cast aside as Darüşşafaka will look to only extend Maccabi's losing run to seven games. While, the first priority for the Tel Aviv boss Bagatskis would be to fix a leaky defense, which has allowed at least 80 points in each of its six recent losses.

For his part, Blatt will hope to see his charges improve their average tally of 14.2 assists per game, the lowest in the league.

The day's final game will see Unics Kazan (6-9) as they look to claim their fourth straight win by becoming just the second visiting team in the last two EuroLeague seasons to win at Baskonia Vitoria-Gasteiz (10-5).

The Round 12 meeting between the teams in Russia saw Baskonia triumph by one point in a game which went down to the last shot. But, Unics have won every game since then and they possess a clear advantage in shooting accuracy after compiling a true shooting percentage of 50.61 percent, third best in the competition.

On Friday, the second day of the 16th round will kick off with two teams seeking a return to winning ways as Fenerbahçe (9-6) will host EA7 Emporio Armani Milan (4-11). Milan has only scored an average of 72.5 points per game in its current eight-game losing run, but can perhaps take heart from the fact that Fenerbahçe have failed to surpass 70 points in three of its last four games, all of which resulted in defeats.

But, the Turkish team does have the fourth best three-point shooting conversion rate in the league, 39.39 percent against Milan's 34.87 percent.

Zvezda have faced the last four EuroLeague champions in its last four outings (Maccabi, Olympiacos, Madrid and CSKA) but restricted all of them to an average of just 67 points to become victorious in three of them.

Zalgiris have won two of its last three, mainly through their extraordinary offense, and have averaged nearly seven points per game more than Zvezda (81.1 to 74.3).

The Game of the Week, however, will see a famous local derby as Olympiacos Piraeus (10-5) hosts Panathinaikos Superfoods Athens (9-6).