Former NBA No 1 pick in 2013 signs with Fenerbahçe 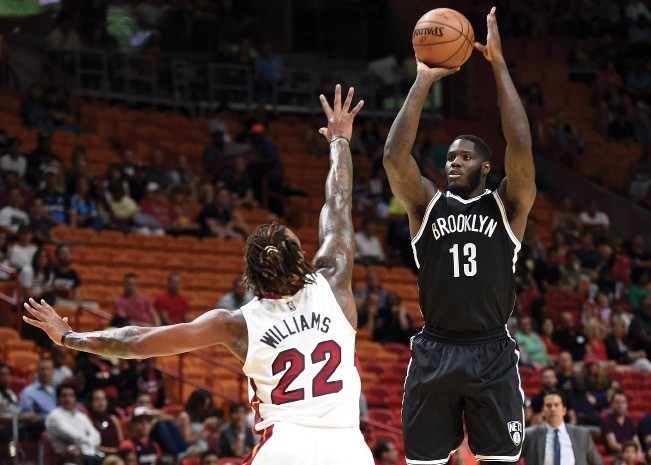 by Daily Sabah Jan 14, 2017 12:00 am
Defending champions Fenerbahçe Ülker have tabbed 24-year-old Canadian international forward Anthony Bennett. Bennett started the season with the Brooklyn Nets in the NBA and in 23 games he averaged 5.0 points a game and 3.4 rebounds this season.

Bennett spent most of last season with the Toronto Raptors. But in 19 games he recorded just 1.5 points per game and 1.2 rebounds. Bennett helped them win the Atlantic Division title (twice). He also played for another team, Raptors 905, in the U.S. semi-pro D-League earlier that season where in six games he averaged 9.2 points, 3.2 rebounds and 1.0 steal per game. In 2013 Bennett was drafted by the Cleveland Cavaliers as the No. 1 pick overall and it is his fourth season in pro basketball. He attended the University of Nevada in Las Vegas.

The list of the past achievements is quite long as among others Bennett was voted Latinbasket.com in the 2015 All-Pan American Games 1st Team. He has also been a member of the Canadian international basketball program for some years. Bennett has regularly played for the Canadian senior team since 2015 and previously for the Under-17 National Team back in 2010.

He represented Canada at the FIBA Americas in Mexico two years ago. Bennett's team won Bronze and his stats at that event were 10 games: 7.6 points, 5.4 rebounds, 1.2 assists, with a field goal percentage of 64 percent, a 3-point percentage of 43.8 percent and a free throw percentage of 64.7 percent. Bennett also played for the Minnesota Timberwolves during the 2014-2015 season in a short stint with the team where he appeared in just 57 games.
Last Update: Jan 14, 2017 1:07 am
RELATED TOPICS