by Daily Sabah Jan 16, 2017 12:00 am
One of Turkey's best footballers and midfielder of Barcelona, Arda Turan played basketball in a special event on Sunday.

In the Spor Toto All-Star 2017 match played between the teams of Europe and Asia, the star took to the basketball court in Istanbul instead of the Nou Camp, and even scored a three-pointer.

Turan played in the Europe team, showing that he also has talent in basketball. 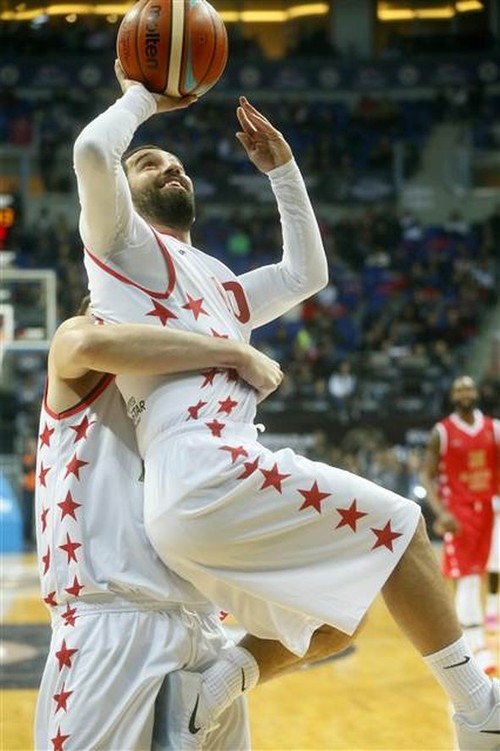 When he needed a little assistance, one of his colleagues, Vladimir Stimac helped him score another point.
Last Update: Jan 16, 2017 2:48 am
RELATED TOPICS