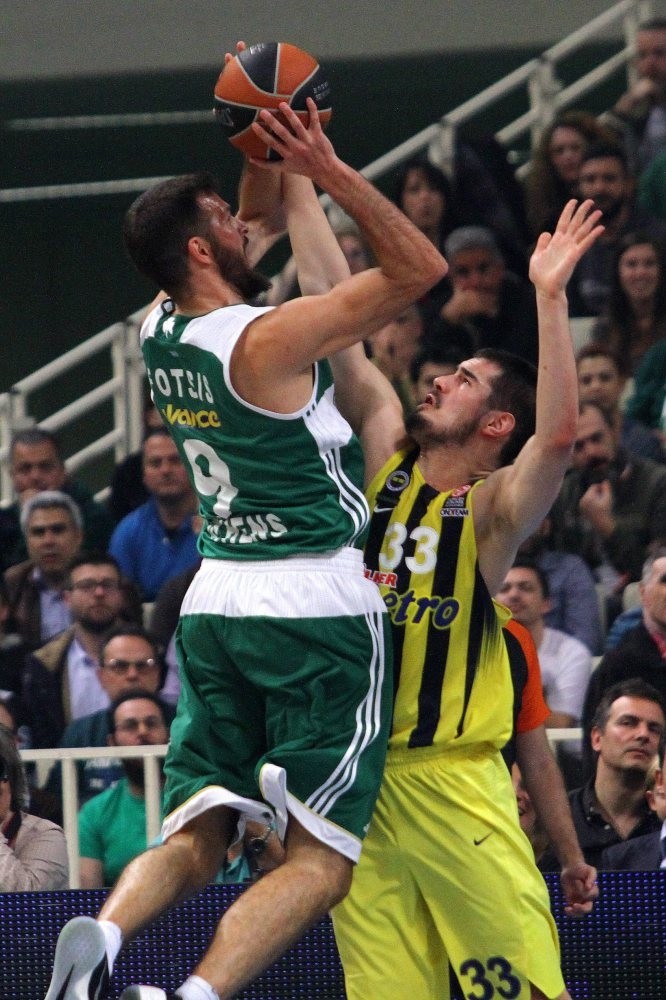 With 13 games to go, and reverse fixtures already underway, each round from now until the end of the regular season will have several games where point-difference will play a significant role

Fenerbahçe and their head coach Zeljko Obradovic welcome his former team Panathinaikos Superfoods today. Both clubs stand at 10-7 and a share of fifth place in the standings. Panathinaikos beat Fenerbahçe by 11 points in Round 12. Both Fenerbahçe and Panathinaikos need the win as they are thinking about playoff home-court advantage, but so do two teams currently in better standings positions - Olympiacos and Baskonia Vitoria Gastiez, which square off a day later at Peace and Friendship Stadium. It looks like a game in which the hosts have so much to gain from. Already sitting in a share of second place with a 12-5 record, Olympiacos is a win in front of Baskonia (11-6). However, the Reds won in Vitoria early this season, and another win this Friday would give them a sweep of Baskonia, and a virtual three-win advantage over a fourth-place team in the standings. Keeping in mind that Olympiacos already has the advantage over a pair of fifth-place teams - it swept Panathinaikos and has beaten Fenerbahçe by 9 on its home floor - sweeping Baskonia would put the Reds in a fantastic position as far as the record, but also the tie-breakers against the closest teams below them.

A big game in terms of playoff contention will be going down at Palau Blaugrana, where FC Barcelona Lassa will host Anadolu Efes. Currently, both teams are just outside of playoff zone, with 8-9 Efes sitting in ninth place, one win ahead of 7-10 Barcelona. In terms of pressure, there is a lot more at stake for Barcelona, not only because it is a home game for them - and having the worse record of the two sides - but also because Barcelona lost a tiebreaker against Brose Bamberg, and a loss in this one would put it into a significant hole against direct competition for playoff spots.

Olympiacos have won seven of its last eight games, but Crvena Zvezda is the only team on a four-game winning streak as it goes on the road to face Maccabi Tel Aviv and some of its old friends. Maccabi features three players who wore the Zvezda uniform last season, center Maik Zirbes, All-EuroLeague forward Quincy Miller, and guard Gal Mekel. And while Mekel left the club midway through the last season, Zirbes and Miller were instrumental in helping that club reach a historic EuroLeague berth.

On Friday, Zalgiris Kaunas will look to battle Real Madrid at home after nearly upsetting the Spanish side a few weeks ago in Madrid. It is one of most lopsided rivalries in recent EuroLeague history, with Madrid holding a 14-1 record since 2008 and 17-6 all time. The two sides have played against one another in each of the last four EuroLeague seasons, and the only Zalgiris win came at the end of Top 16 in the 2013-14 campaign, when the Lithuanian powerhouse beat Madrid at home 87-80. Three players remain with Zalgiris from that game, veterans Paulius Jankunas, Arturas Milaknis and Robertas Javtokas. Meanwhile, Dontaye Draper, Rudy Fernandez, Felipe Reyes and Sergio Llull were playing with Madrid in that game.