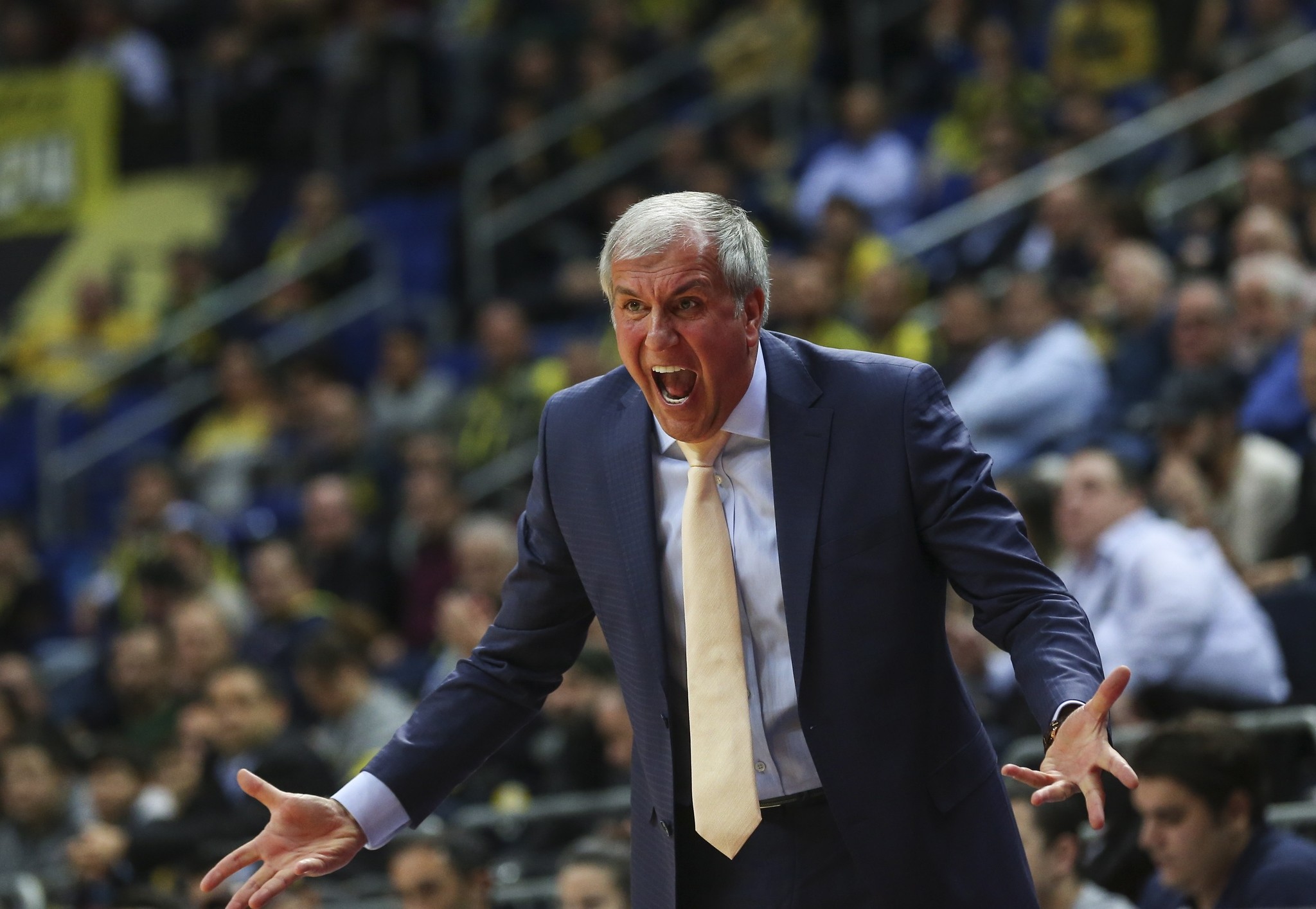 The Yellow Canaries had little trouble firing past Panathinaikos in Istanbul. It was a special game for Fenerbahçe head coach Zeljko Obradovic, who reached 100 EuroLeague games with the Turkish powerhouse

In a battle of Turkish Airlines EuroLeague giants, Fenerbahçe Istanbul defeated Panathinaikos Athens 84-63 at home. Both teams now have 11-7 records in the EuroLeague Regular Season standings. It was a special game for Fenerbahçe head coach Zeljko Obradovic, who reached 100 EuroLeague games with the Turkish powerhouse against the team he led for 13 years, Panathinaikos, and won five EuroLeague titles with.

Luigi Datome led the winners with 16 points, Ahmet Düverioğlu and Jan Vesely each scored 13, Kostas Sloukas added 12 and James Nunnally 10 for Fenerbahçe. Mike James led Panathinaikos with 25 points on 7-of-8 two-point shooting. James Singleton added 13 and K.C. Rivers 11 for the visitors. Fenerbahçe had a very balanced first half, outrebounding Panathinaikos 16-8 and shooting well - 57.1 percent from two-point range, 45.5 percent from downtown - to get a 44-28 margin. Nothing changed after the break, as Fenerbahçe kept a double-digit margin all the way until the final buzzer.

Obradovic said, "We defeated a perfect team. It was a very important game for us. We had to play very aggressively. Ekpe Udoh's absence changed our strategy. I'm very happy about our play."

Fenerbahçe was playing without injured Ekpe Udoh, however the player of coach Zeljko Obradovic knew that they have to get this win in order to stay near the top four spots of the standings. And they did it with ease and Ahmet Düverioğlu.

"Ahmet played well", said coach Obradovic, "I trust him and he works very hard. As we continue to work, we will continue to give him those opportunities." The former no1 draft pick Anthony Bennett did not make his debut as Fenerbahce got to a 11-7 record.

Elsewhere, EA7 Emporio Armani Milan ended the longest losing streak in the Turkish Airlines EuroLeague this season when it came behind in the closing minutes to win 92-87 over visiting Galatasaray Odeabank. Milan lost all of a 16-point second-quarter lead and trailed 73-76 with 5 minutes left after a 0-9 run by Galatasaray. But Krunoslav Simon and Ricky Hickman combined for 11 of their team's 19 points the rest of the way to end Milan's 10-game losing streak. Both teams are tied at 5-13 in the standings, but Milan moved out of last place and ahead of Galatasaray based on the five-point difference, two more than when it lost their first meeting in Istanbul. Simon paced the inners with 19 points and 5 assists, while Miroslav Raduljica added 13, Mantas Kalnietis 12 and Hickman 10. Galatasaray got 17 points each from Sinan Güler and Bruno Fitipaldo while Austin Daye added 14 and Tibor Pleiss 10. Galatasaray led by 8 points in the first quarter, but Milan's 12 offensive rebounds before halftime turned the game around until the guests rallied and set the stage for Simon's takeover final minutes for the hosts' victory.