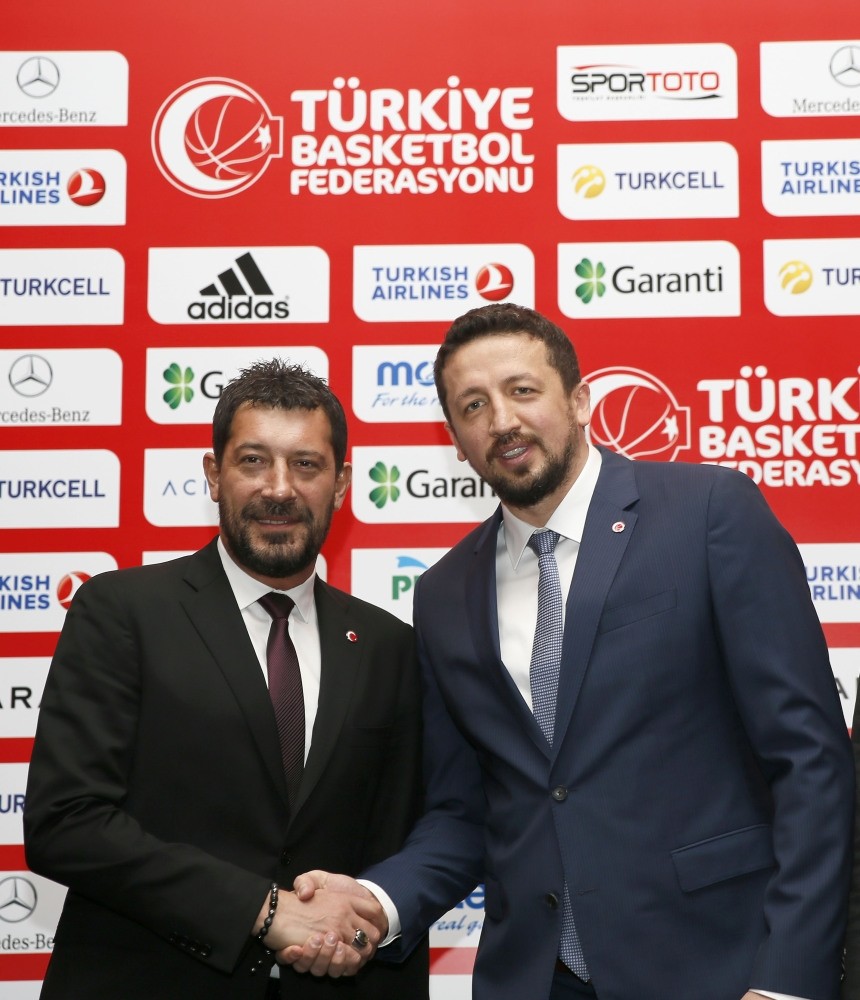 Turkish basketball legend, Ufuk Sarıca has been appointed the new head coach of the Turkish national team and will lead the 12 Giant Men into the upcoming Eurobasket 2017.

Sarıca, unveiled by the Turkish Basketball Federation (TBF) at a press event on Thursday, has been handed a three-year contract. He is aiming high at the Eurobasket and also wants Turkey to be a force at the FIBA Basketball World Cup 2019 in China and at the Olympics the following year in Japan.

"Having a medal at the FIBA Basketball World Cup 2019 and being at the 2020 Olympic Games, which are all our dreams, are our biggest goals," he said. The former guard with the national team and current Beşiktaş coach, Sarıca has succeeded Ergin Ataman at the helm and will continue his duties for the club for the time being, until his contract ends next year.

Hidayet Türkoğlu, the TBF president said, there was no issue with Sarıca coaching Beşiktaş.