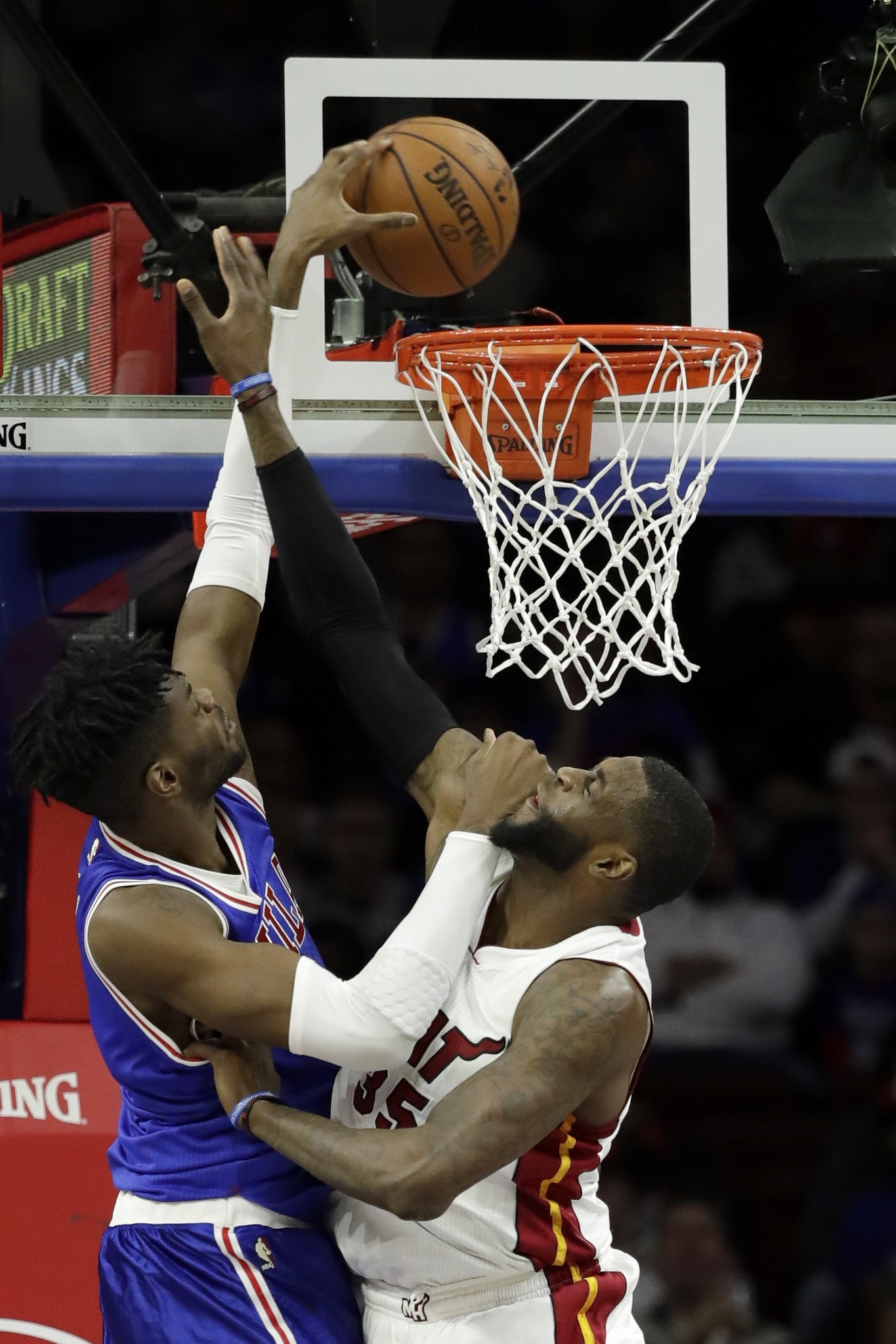 by Feb 13, 2017 12:00 am
The Miami Heat's 13-game NBA winning streak has come to an end in Philadelphia, where they fell 117-109 to the 76ers. Robert Covington, Nerlens Noel and Dario Saric scored 19 points apiece for the 76ers, while Ersan Ilyasova and Gerald Henderson contributed 14 points as Philadelphia won their second straight game.

It was Miami's first defeat since Jan. 13. Their 13 straight wins in less than a month were more than the 11 wins they had mustered in the previous three months this season. Trailing 100-89, the Heat scored seven straight points and closed to within four on Johnson's three-point play with less than five minutes remaining. But Covington answered with a three-pointer of his own and after a shot-clock violation from the Heat the 76ers put it away with two free throws from Saric.

Elsewhere, Kevin Durant was in hostile territory as he returned to Oklahoma City on Saturday to face-off with his former team. Durant shut out the noise to lead the Golden State Warriors to a 130-114 victory over the Thunder.

Durant scored 34 points and pulled down nine rebounds in his first game in Oklahoma City since he departed as a free agent for Golden State after last season.

The jeers and catcalls greeted him at pre-game warm-ups and didn't let up until the Warriors had stretched their league-leading record to 46-8.

"It was a fun game," Durant said. "I actually thought it would be a little louder. To be on the other side of it, to be able to calm all these guys down as they boo you is kind of fun."

"I've got to embrace it," Durant added. "That's all I can do. And keep playing my game."

Stephen Curry and Klay Thompson scored 26 points each for the Warriors, who withstood a 47-point performance from Russell Westbrook.

And that was the greeting LeBron James got in Cleveland in 2010, after he had departed for the Miami Heat. After winning two titles in Miami, James famously returned to Cleveland and led the Cavaliers to a championship last season. James was in full flight on Saturday, scoring 27 points in the Cavs's 125-109 victory over the Denver Nuggets.

In Houston, James Harden produced his ninth 40-point game of the season to lead the Rockets to a 133-102 rout of the Phoenix Suns.
RELATED TOPICS