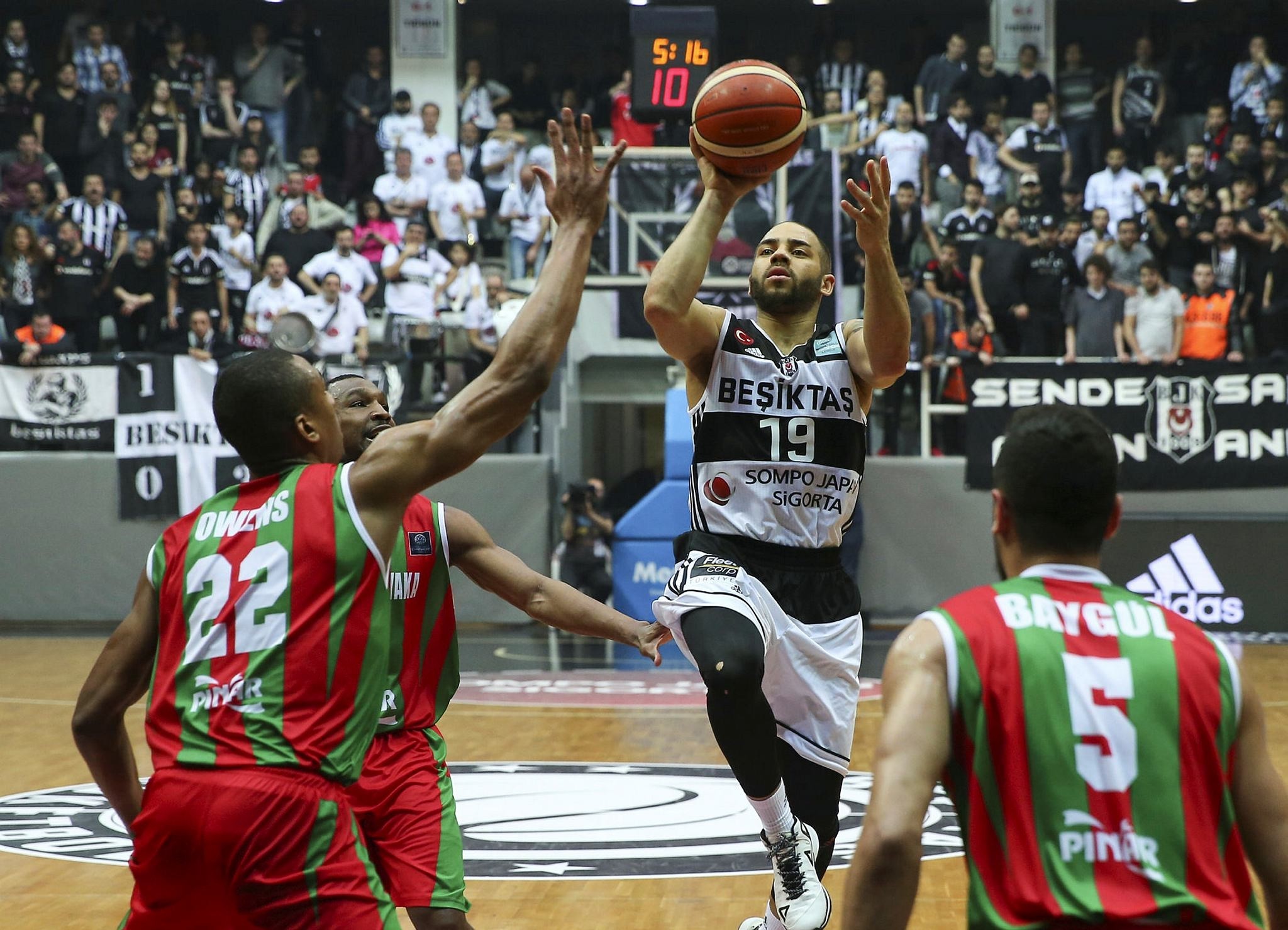 Dominating the last period, Karşıyaka beat Beşiktaş 90-83 in Istanbul.Finishing the first period ahead by two points, Karşıyaka fell back in the second.

Effective in the defense line, Beşiktaş Sompo Japan ended the first half ahead by 14 points, bringing the score to 51-37.The third period started with consecutive three pointers.

Beşiktaş kept its lead in the third period as well, ahead by three points.

Starting the last period with three pointers, Karşıyaka made an epic comeback to dominate the game, and advanced to the quarter finals.
RELATED TOPICS