Fenerbahçe look for win that may seal playoff spot 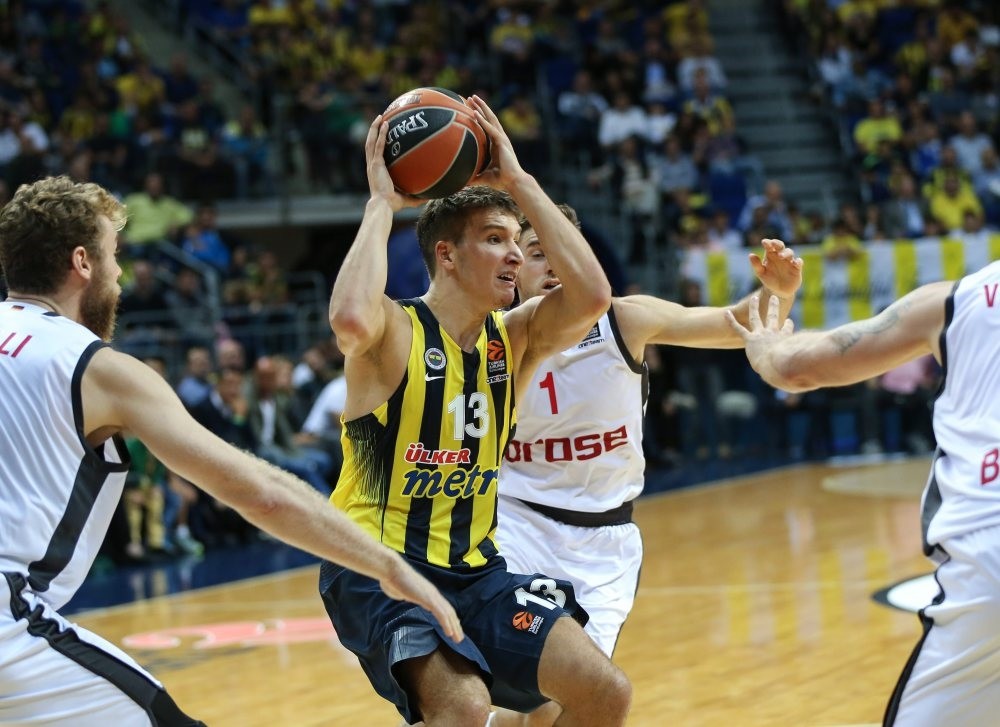 by Daily Sabah Mar 16, 2017 12:00 am
Avoiding elimination, playoff spots, and home-court advantage are the prizes on offer in an action-packed round 26 of the Turkish Airlines Euroleague regular season, which will end with the reigning champions hitting the road for the game of the week.

Fenerbahçe will put everything on the line as they face Brose Bamberg (9-16) in Germany, who are facing potential elimination with a loss, while a win for the Canaries, might help them secure a spot in the playoffs.

Accurate shooting is the order of the day for these two teams, with Bamberg ranked second in the league in true shooting percentage (51 percent), and Fenerbahçe fifth (49.4 percent). Partly for that reason, they are also among the league's lowest offensive rebounders, with Bamberg ranked last (7.2 per game) and Fenerbahçe 14th (8.9 per game), meaning the few second chances could be crucial.

The other Turkish team in the mix in Europe, Anadolu Efes will look to protect its position in the top half of the standings as they host a Maccabi FOX team that has lost seven straight games on the road and would be eliminated with another defeat.

In a game between the two teams with plenty of firepower, turnovers could be key, Maccabi are the third-worst team at taking care of the ball, with an assist-turnover ratio of 119.3 percent, while Efes are second-best in that category, with a ratio of 163 percent.

Elsewhere, a meeting of traditional heavyweights gives Real Madrid the chance to secure home-court advantage in the playoffs with a road trip to Panathinaikos Superfoods Athens, which have won eight consecutive games at home.

It's a meeting between the Euroleague's second-best defense and second-best offense, with Panathinaikos allowing just 73.9 points per game and Madrid scoring 87.2 on average so far this season.

Milan have allowed more points than any other team (87.8 points per game), but Zvezda are the competition's second-lowest scoring team with an average of 74.7 points per game. The two teams are the league's worst at defensive rebounding, with Milan's average of 22.1 rebounds per game, lower than Zvezda's 22.2 per game. They have also blocked fewer shots than anyone else. Milan made 1.5 blocks per game while Zvezda recorded 1.6.
RELATED TOPICS