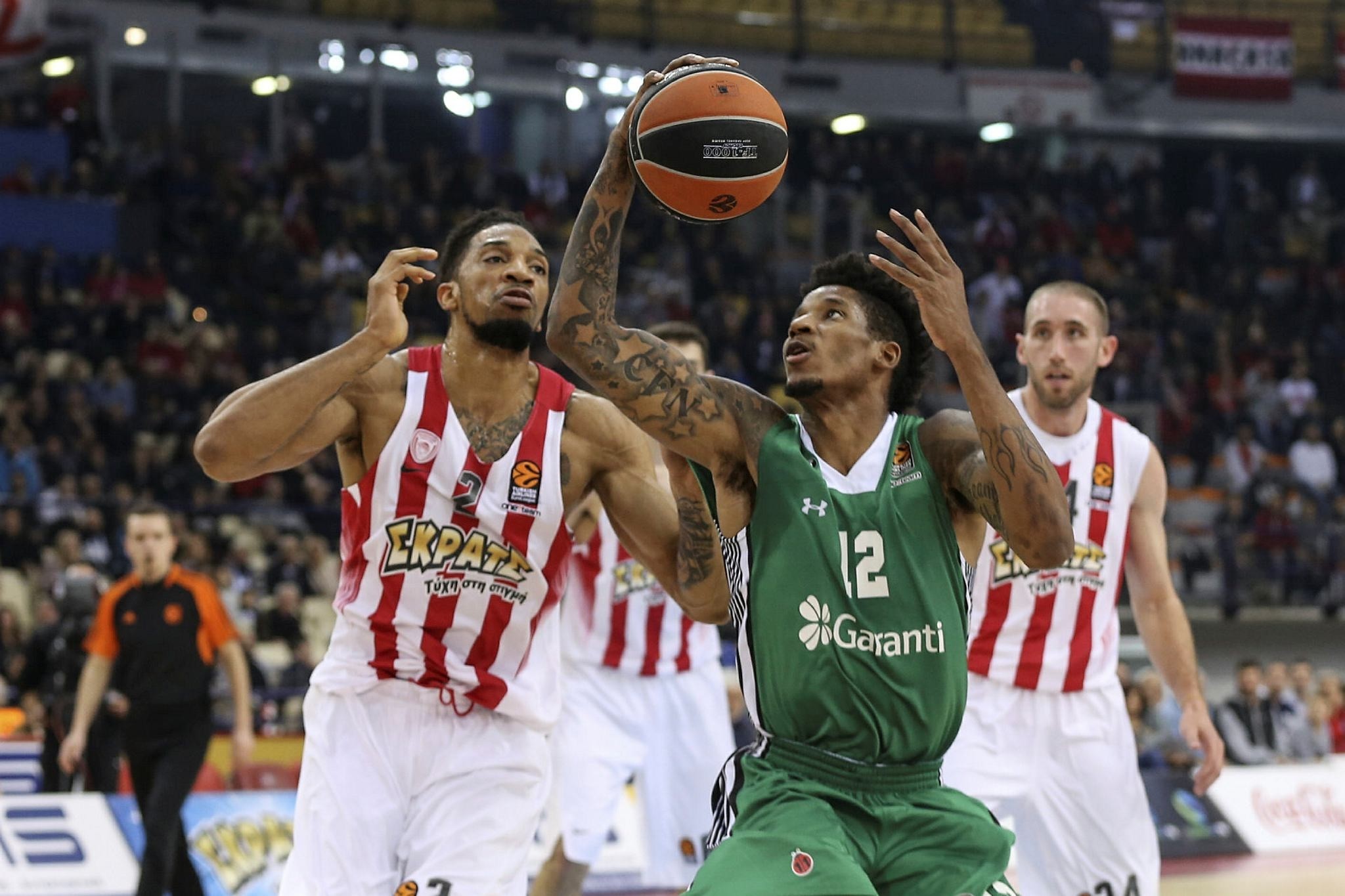 by Daily Sabah Mar 17, 2017 12:00 am
Today in Istanbul, Darüşşafaka Doğuş (12-13) will seek to strengthen their playoff credentials as they take on FC Barcelona Lassa (10-15), who are still hoping to force their way into the picture.

Darüşşafaka have won six of its last seven games at home, while Barcelona have recorded only a single win on the road, in their last nine attempts.

Hosts Darüşşafaka's approach is evident in two stats, as they have attempted the third highest number of three-pointers, 24 per game, but ranked last in assists with only 14.5 per game. Barcelona, on the other hand, are the lowest scorers in league this season, averaging just 72.3 points per game.

Meanwhile, already-qualified Olympiacos Piraeus (18-7) will know before tipoff whether a victory will be enough to secure a home-court advantage in the playoffs against the already-eliminated Galatasaray Odeabank Istanbul (8-17).

The Turkish side had triumphed in a thriller, when the teams met in Round 6 and the 89 points they scored, was the third-most by any team against Olympiacos all season.

The Reds have a clear edge in rebounding, and are ranked first in the league with 37.2 boards per game, while Galatasaray has averaged just 31.8 rebounds per game. These two are the competition's best shot-blocking teams, both averaging 3.7 per game.

Last but not least, Baskonia Vitoria Gasteiz (14-11) will attempt to take another step towards the playoffs by overcoming reigning champion CSKA Moscow (19-6), which would grab home-court advantage in the playoffs with a win.

There is one clear disparity between the teams in regards of long-range shooting efficiency, with CSKA leading the league, with a 40.7 percent conversion rate, Baskonia have converted just 34.4 percent of their three-point attempts. But, the Spanish team holds an advantage in rebounding, averaging 36.8 per game, compared to CSKA's 32.9.
RELATED TOPICS