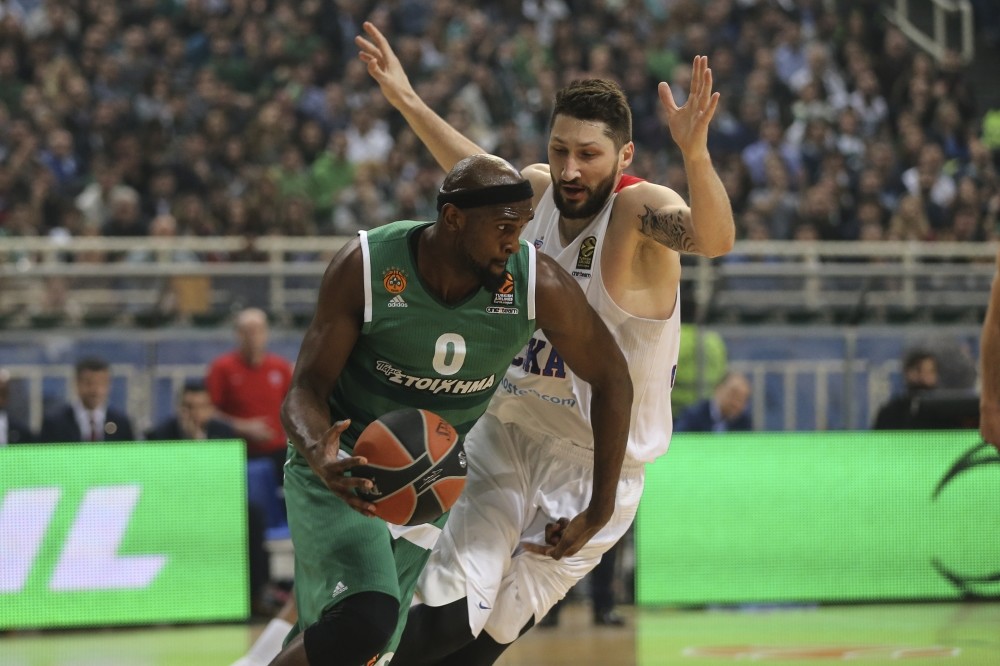 by Anadolu Agency Apr 05, 2017 12:00 am
American player Chris Singleton was named EuroLeague MVP for March after he led Panathinaikos in both scoring and rebounds last month as his team methodically moved up to fourth place.

After two defeats to open the month, Panathinaikos seemed unlikely candidates to eventually begin the playoffs at home. But their four wins in a row to end March have suddenly changed the playoffs landscape at the end of the longest regular season in European club competition history. Singleton ranked fifth in both those categories among all Euroleague players in March, but he was even better, third, in both performance index rating and blocked shots.

Every bit of it counted as the Greens beat three playoff-bound teams, Real Madrid, CSKA Moscow and Baskonia Vitoria Gasteiz, and may now clinch fourth place in Round 30 even if they don't win. The MVP of the Month honor is now in its 13th season. Although statistics and performance index ratings are taken into consideration for the award, they alone do not determine who is honored. The winner is named by Euroleague Basketball based on his and his team's performance. The award for March was based on the six regular season games that all teams played during the month.
Last Update: Apr 05, 2017 1:05 am
RELATED TOPICS