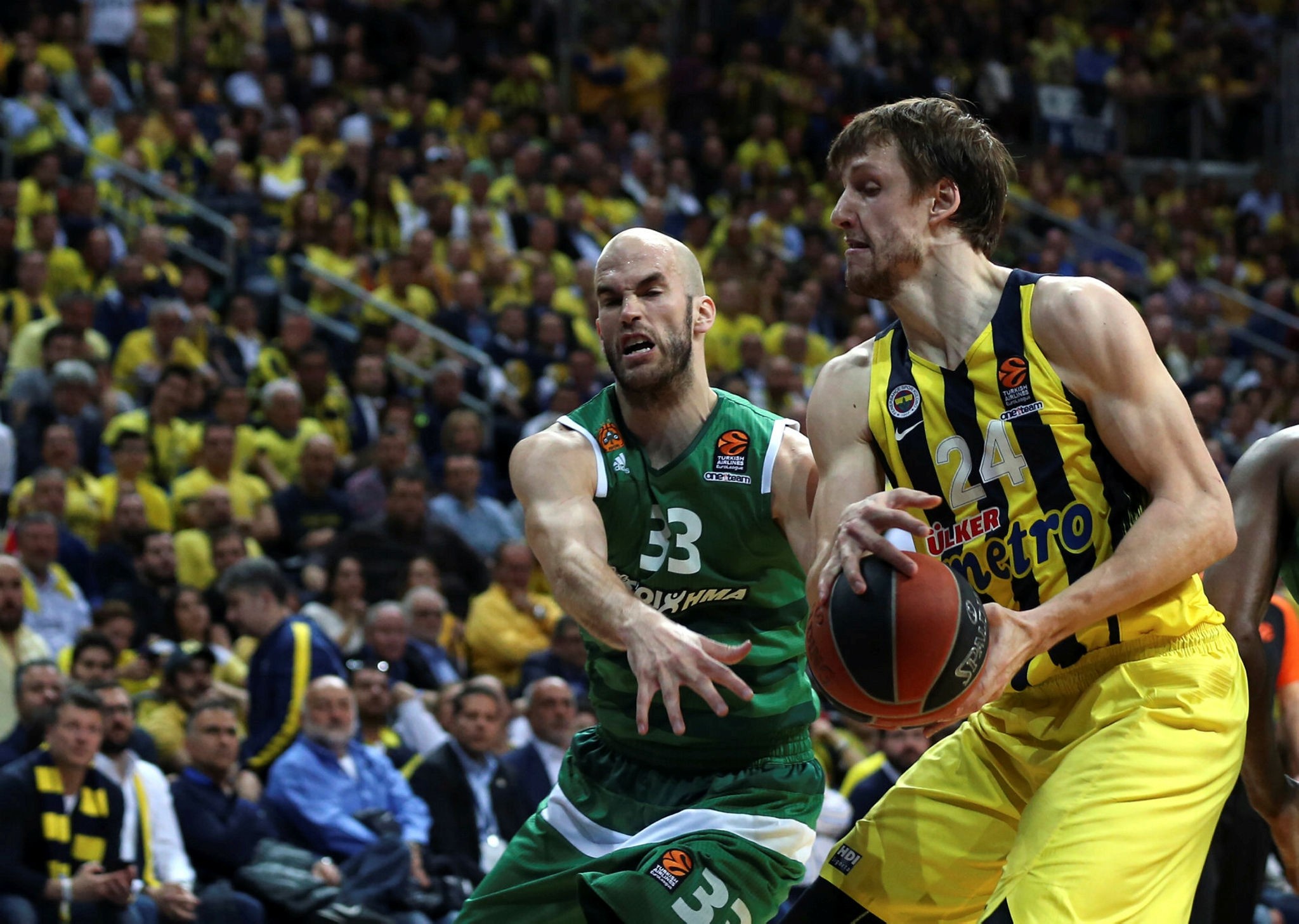 With a win against Panathinaikos, the Yellow Canaries have become the first ever Turkish team to play a Final Four on its home soil. Fenerbahçe are also now the first Turkish club in the Euroleague to advance to three consecutive Final Fours, and the first team in the tournament to sweep three straight first round series

History was made on Tuesday as Fenerbahçe became the first Turkish club in the Euroleague to advance to three consecutive Final Fours, and first in the tournament to sweep three straight first round series. They were the first to qualify for the first four with a 79-61 victory over Panathinaikos Superfoods in Game 3 of their playoffs series on Tuesday. With the win, the Yellow Canaries have become the first ever Turkish team to play the Final Four on home soil. Meanwhile, CSKA will face the winner of the Olympiacos-Anadolu Efes series, which is still in progress, in the semifinals on May 19 in Istanbul.

Fenerbahçe, on the other hand, will play the winner between Real Madrid and Darüşşafaka Doğuş in the other semifinal.

Fenerbahçe's victory on Tuesday resulted in several firsts, including them becoming the first team without home-court advantage to sweep a best-of-five EuroLeague Playoff series and the first team to sweep three series in as many seasons.

Most important of all for the loyal Fenerbahçe fans, it also marked the first time they won a playoff series at home in front of their fans. In their post-game interviews, head coach Zeljko Obradovic and center Ekpe Udoh both noted how meaningful that support was. "Thanks to the fans for creating an amazing atmosphere. Their support is very special for us... They help us and are always supporting us." the coach said. "It always feels great to win in front of your fans," Udoh added. "It was worth it. Here we are. We're right there. We're ready."

Now, Fenerbahçe will have extra time to prepare and try to become the first-ever Turkish champions of Europe.

As for the game, the Turkish giants, after winning both games away in Athens, were comfortable at home against the Greek powerhouse.

Panathinaikos coach Xavi Pascual congratulated Fenerbahçe, saying, "They won clearly 3-0. They were better than us. There is nothing else to say. While we were advancing here we were very good. Our chemistry as a team was very good and we had been 16 points clear ahead of Fenerbahçe in the first match. But, Fenerbahçe's self-confidence caused us to lose the match. Actually the main reason for our failure is our defense." Champions CSKA reached their 14th Final Four in 15 years by going on the road to stop hosts Baskonia Vitoria Gasteiz 88-90 later on Tuesday. In so doing, CSKA became just the second team, after Fenerbahçe last year, to win consecutive best-of-five series with 3-0 finishes.

CSKA had the longest-ever streak of Final Four appearances with eight between 2003 and 2010. Its current streak, begun in 2012, and is now up to six years in a row. No other team have ever been to more than four Final Fours consecutively. This time, CSKA will return to the scene of perhaps its most painful Final Four defeat, in the 2012 championship game in Istanbul, when they led by 19 with 12 minutes left only to lose on the season's last shot. This time, CSKA will have their third chance for a repeat title after having missed doing so by just two points in both 2007 and 2009.