‘A boy or a girl?’: The big question ahead of the Fenerbahçe vs. Olympiacos EuroLeague clash 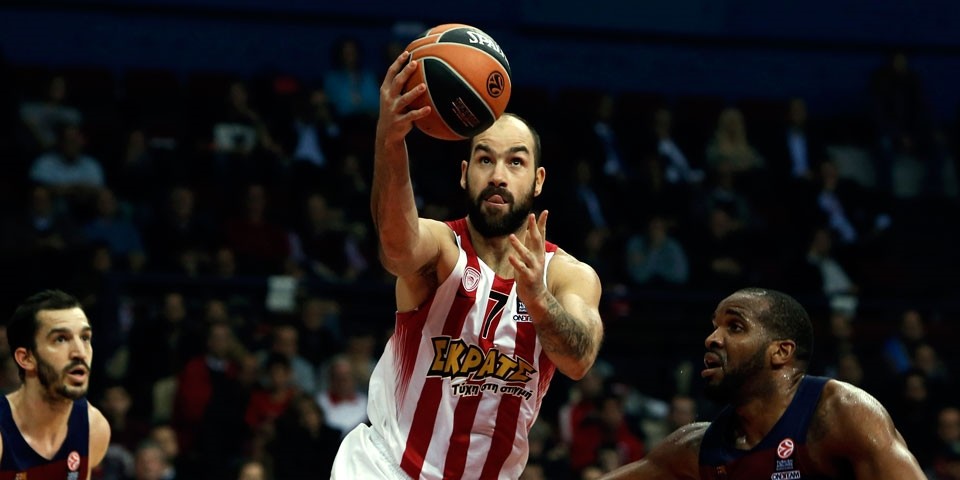 Call it a curse, gift or coincidence, Olympiacos star Vassilis Spanoulis’s career is certainly a unique one.

With bated breath, everybody is awaiting the EuroLeague final between Greece's Olympiacos and Turkey's Fenerbahçe tomorrow. As bets are pouring in, some have noticed a very interesting and unique coincidence.

A proud father of four children, Olympiacos's Vassilis Spanoulis has played in the EuroLeague finals for four times now, and each time has coincided with the years his wife Olympia Chopsonidou became pregnant.

Even more interestingly, the years which Spanoulis' wife gave birth to boys, Olympiacos won the finals and with each win Spanoulis was awarded the MVP title. But the only final they lost was also the year Spanoulis and his wife had their first baby girl.

It all started in 2009, when the couple was awaiting their first child. That year Panathinaicos became the champion of the EuroLeague and Spanoulis was voted the MVP of the team. The couple had a baby boy.

Three years later in 2012, Olympiacos was crowned champion in Istanbul, and Spanoulis was again crowned MVP this time playing for the Red's. To their surprise, Olympia gave birth to their second baby boy.

In 2013, the couple announced that they were pregnant with their third child –another boy-- and coincidentally Olympiacos sealed its second EuroLeague title with a back-to-back win.

However, in 2015 Olympiacos' reign came to end as they lost to Real Madrid in the finals. That year the team came in second and Spanoulis and his wife welcomed their first baby girl.

Once again in 2017, the Spanoulis family is expecting another child -- five and counting.

But the real question is, is it a boy or a girl? Let's wait and see.