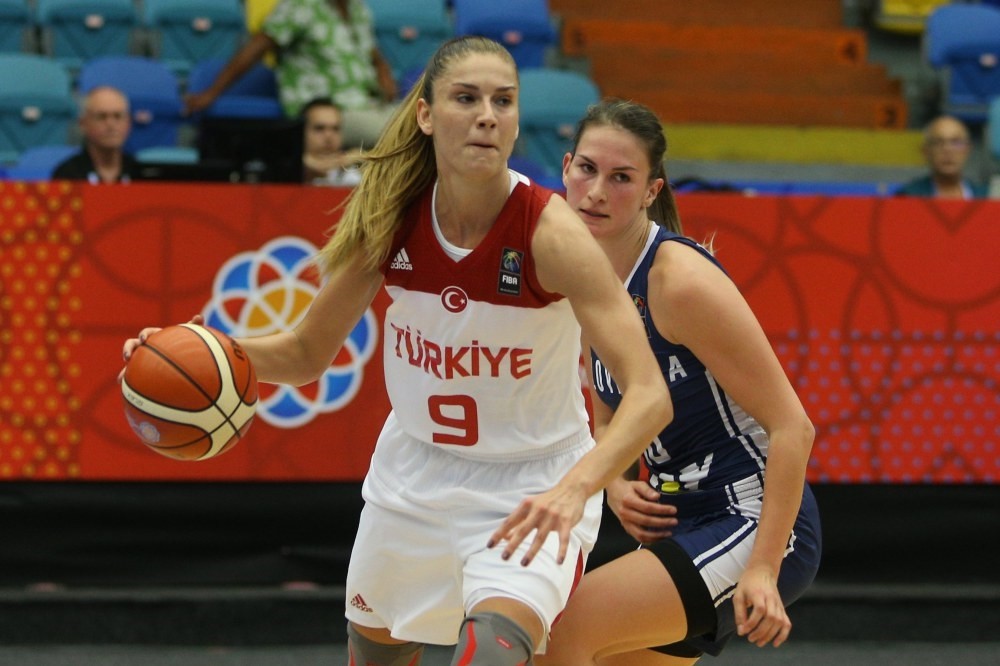 Bahar u00c7au011flar (R) of Turkey in action against Sabina Oroszova (L) of Slovakia during the group stage match of the EuroBasket Women 2017 in Hradec Kralove, Czech Republic.
by daily sabah Jun 21, 2017 12:00 am

With the group matches of the FIBA EuroBasket Women's Championship behind them, Turkey, Spain, France, and Belgium all topped their groups to advance to the quarterfinals.

The tournament held in the Czech Republic will now see teams which were second and third groups battle it out for their spots in the last eight today.

Turkey's rival in the quarters will be determined in the match between Russia and Greece.

Meanwhile, hosts Czech Republic, Belarus, Slovenia, and Montenegro, who finished last in their respective groups, were all eliminated.

Earlier in the group matches, a strong double-double performance by Quanitra Hollingsworth helped Turkey beat Italy Saturday, and put the team in the quarterfinals. The 54-53 win at the Hradec Kralove Arena was Turkey's second win in Group B. Hollingsworth was the game's top scorer with 29 points and 21 boards.

The Red-Whites had beaten Slovakia 69-58 Friday in the team's first game of the tournament and the victory over Italy guaranteed Turkey finished in the top spot.