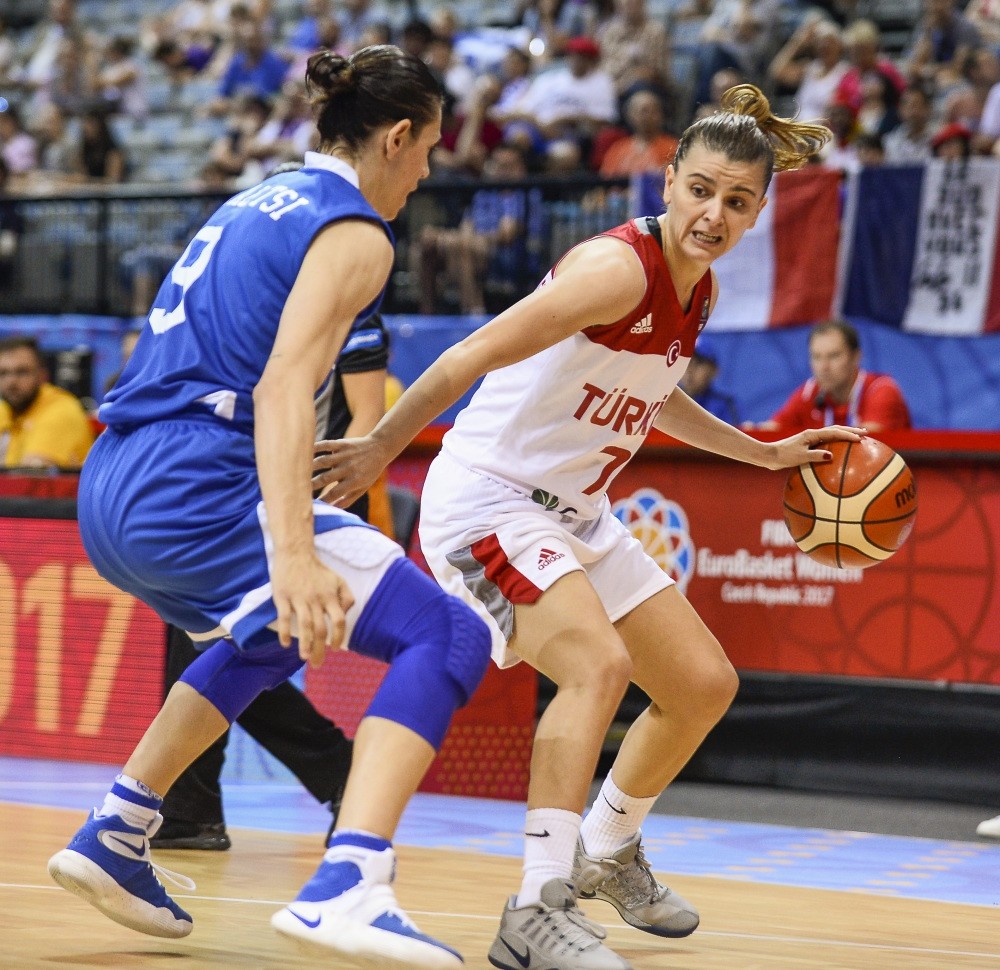 Turkey lost 55-84 against Greece at the EuroBasket Women 2017 in Prague yesterday, and said farewell to the tournament. The Turkish women advanced to the quarterfinals after winning all three group games, while Greece needed a 62-58 victory against Russia on Tuesday after losing two games in their group. U.S.-born Turkish center Quanitra Hollingsworth has been the driving force of Turkey's success, leading her side with 15.7 points and 11.3 rebounds per game. She has received support from experienced guard Işıl Alben, who led Turkey with 4.3 assists and 2.0 steals per game. Another key player for Turkey as the team eyes a spot in next year's Women's Basketball World Cup will be Bahar Çağlar. After posting some underwhelming preparation results, the outlook seemed much more positive since Turkey finished unbeaten as Group B winner. In those victories, Çağlar played almost 28 minutes per game and demonstrated how she is a player transformed. At risk of falling into the shadows during her lengthy career at Galatasaray, the versatile small forward opted to move across Istanbul last summer to Near East University.

"It was a very difficult decision for me to leave Galatasaray because I was there for many years," she told EuroBasket's official website. "But I think the results and the trophies I have won at Near East prove that I made the right choice and I was so happy with a great club season." In the other match of the day, Belgium beat Italy 79-66 and advanced to the semifinals.