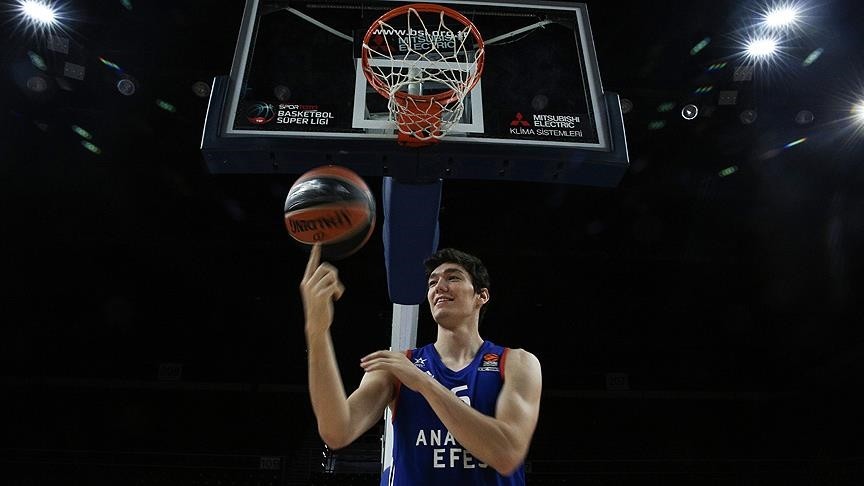 Cedi Osman, an up-and-coming Turkish basketball star announced yesterday that he has agreed a deal with the Cleveland Cavaliers

Cedi Osman, a 22-year-old forward for Anadolu Efes and a member of the Turkish national team, reached a transfer agreement with the Cleveland Cavaliers in his NBA debut. Speaking to Turkish sports outlet NTVSpor, Osman said the NBA club has been "observing his career" for the past three years and it was the first team he negotiated with in the NBA. "They believe in me and expect a lot. It will be a great responsibility but I am happy that they are confident in me," Osman said yesterday.

Osman, who rose to prominence in Turkish basketball two years ago, will be the second Turkish player to move stateside this season. Last week, Philadelphia 76ers signed 19-year-old Furkan Korkmaz who played for Banvit on loan from Osman's Anadolu Efes.

Born to Macedonian and Bosniac parents, Osman joined Anadolu Efes in 2007. With his performance in the World Basketball Championship, the national team brought him the third spot in FIBA's best young players in 2014. He will be the 11th Turkish player to play in the NBA and the fourth from Anadolu Efes.

"I am excited to play on the same team as LeBron James, Kyrie Irving and Kevin Love. They expect me to contribute greatly to defense. I cannot wait to pass the ball to the star players, it is a dream come true," he said. Osman was drafted at No. 31 in 2015 by the Cleveland Cavaliers.

The player is expected to join the Cavaliers after September's European Basketball Championship.

Osman said he has been in the United States since last week and has spent time with the Cleveland officials and players. "We had good talks. We are already negotiating a possible move in the past two seasons," he said. Osman added that the Cavaliers lacked young players and the club expects him "to fire up the team, to motivate them."

Details of the deal were not announced though several media outlets said Osman's contract was for three years and $8.5 million.The Cavaliers last signed Jose Calderon, a Spanish veteran from the Los Angeles Lakers, and Atlanta Hawks forward Jeff Green. Last season, the Cavaliers lost to the Golden State Warriors in their third NBA finals reached in the past three years.