Turkey to host Group D and knockout games in EuroBasket 2017 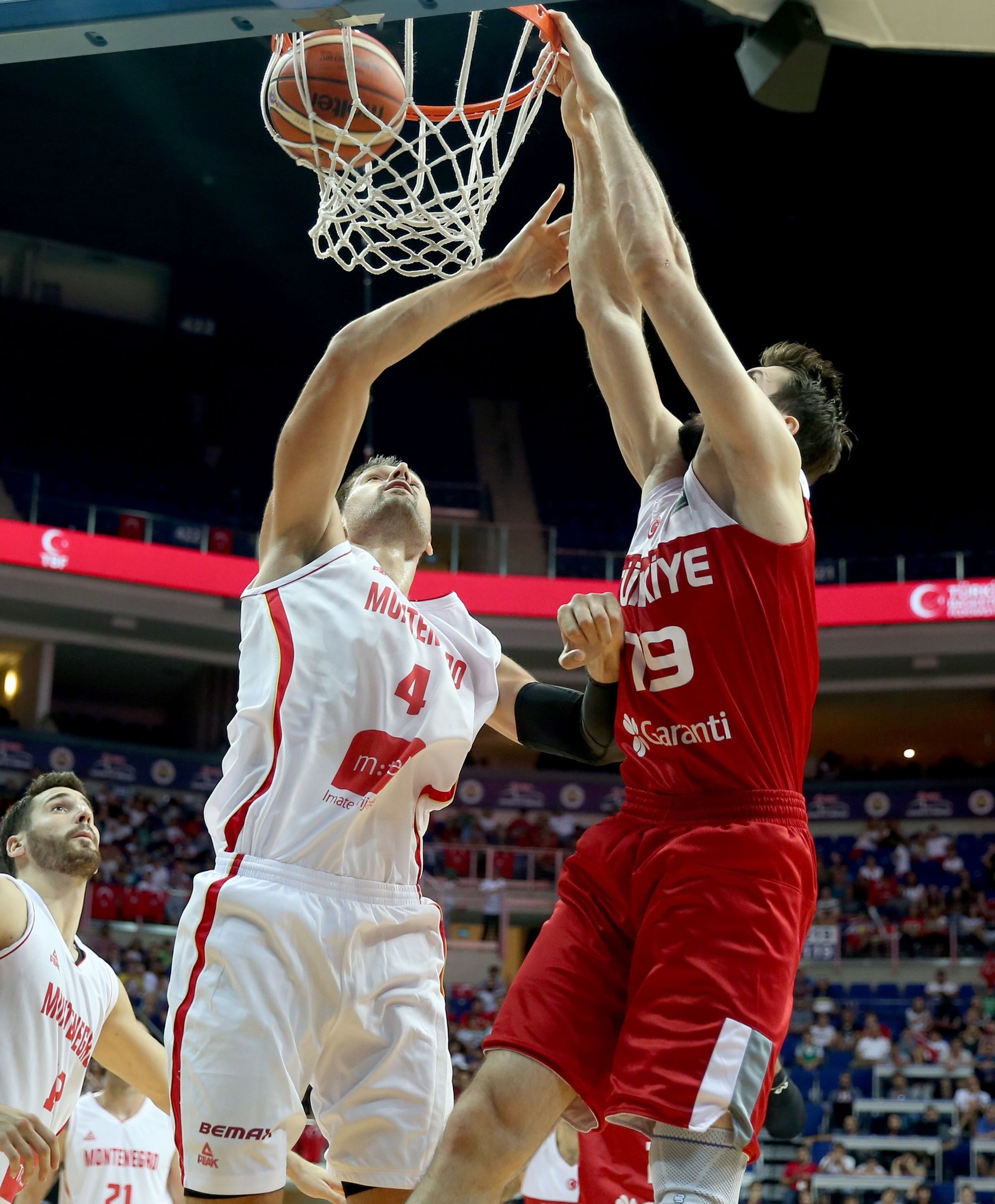 Turkey and Montenegro Menu2019s National Basketball Teams had a second friendly game which took place in the u00dclker Sports and Event Hall this week. Turkey beat their opponent again, 84 - 70.
by Daily Sabah with DPA
Aug 30, 2017 12:00 am

EuroBasket 2017 will kick off in four cities around Europe tomorrow. Istanbul will host Group D with Belgium, Britain, Latvia, Russia and Serbia, as well as the knockout games

The FIBA EuroBasket 2017 will kick off in four cities around Europe tomorrow. This is the second FIBA EuroBasket with four hosts in the first round after 2015. The top four finishers in the four six-team groups advance to the knockout stage in Istanbul. Turkey are hosting both a group stage as well as the knockout games. And if history is any indication then that means Turkey could be playing a while as they reached the finals of the FIBA EuroBasket 2001 and FIBA Basketball World Cup 2010 in front of their home fans in Istanbul. Istanbul will host Group D with Belgium, Britain, Latvia, Russia, Serbia, and Turkey. The Serbians will be missing playmaker Milos Teodosic and some other leaders. But this is still the core and coach that reached the finals of the FIBA Basketball World Cup 2014 and 2016 Rio Olympics.

Spain are the betters' choice to win the final FIBA EuroBasket in the biennial rhythm before the tournament will be played every four years. The 2015 semi-finalists France and Serbia are considered the teams most likely to grab the crown away from the Spanish. The Spaniards still have most of their core together with the brothers Pau and Marc Gasol as well as Juan Carlos Navarro, Sergio Rodriguez and Rickey Rubio as well as the next up-and-coming Spanish brothers Willy and Juancho Hernangomez. They were hit hard by injury three weeks ago as star guard Sergio Llull went down with a torn anterior cruciate ligament. European basketball fans will have to wait until Friday to see the holders as Spain play in Group C in Cluj-Napoca, Romania, where the action starts on the second day of the competition. The first day sees Group A games in Helsinki and Group B contests in Tel Aviv. Group D action in Turkey also starts Friday. Group A in Helsinki features co-hosts Finland, France, Greece, Iceland, Poland and Slovenia.

France have three podium finishes in the last three FIBA EuroBaskets including the 2013 title. And while the Les Bleus still have plenty of talent, they are missing NBA stars Nicolas Batum and Rudy Gobert while Tony Parker, Mickael Gelabale, and Florent Pietrus have all retired from the national team. Greece could have been considered dark horse title contenders but were dealt a major loss when NBA star Giannis Antetokounmpo was ruled out injured.

Slovenia fans, as well as the rest of Europe, are anxiously awaiting the national team debut of Luka Doncic, the teenager superstar who has wowed spectators the past two years with Real Madrid and will finally play for Slovenia. The finalists the last two FIBA EuroBaskets are Lithuania, who will be facing off against Georgia, Germany, co-hosts Israel, Italy and Ukraine in round robin play in Group B in Tel Aviv. Georgia have played much better than their past results indicate and would like to finally take the next step this summer, while Germany officially start the post-Dirk Nowitzki era, and Italy try to re-kindle past success with star coach Ettore Messina and some strong veteran leaders including Marco Belinelli. Joining Spain in Group C are Croatia, Czech Republic, Hungary, Montenegro and co-hosts Romania with Croatia considered a dark horse led by the dynamic Dario Saric. Latvia fans meanwhile know exactly how Slovenia feel with Doncic as NBA superstar Kristaps Porzingis finally makes his senior team debut. And the "Unicorn," as Porzingis is nicknamed, has Latvia dreaming of going far in Turkey.