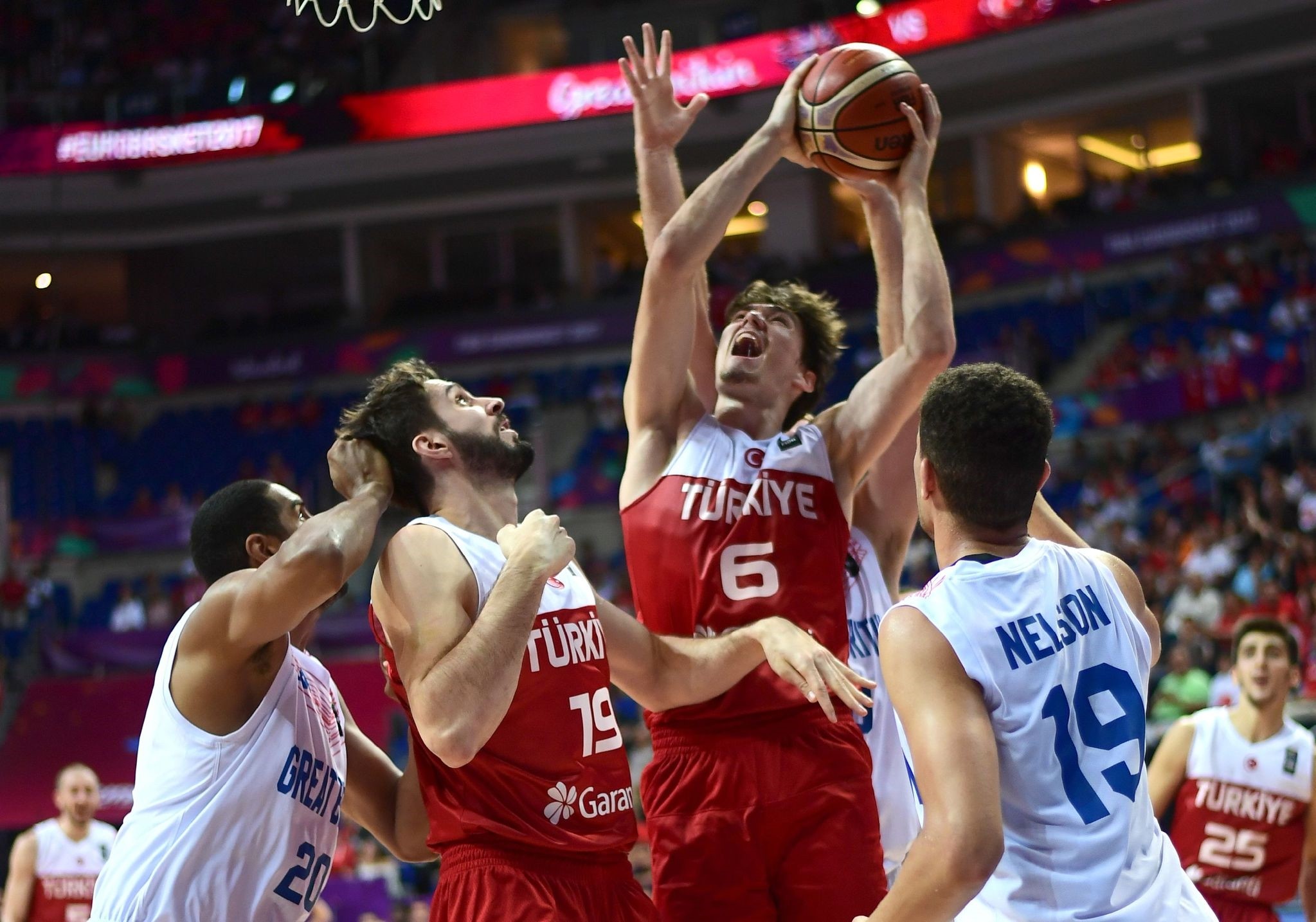 The win marked the first victory of the Turkish team in the second game at Group D, while Great Britain was defeated for the second time in the group.

The Turkish side will face Serbia in its third game on Monday, while Great Britain squares off with Latvia.

Meanwhile, Russia followed up its victory over Turkey with a 75-72 win against the Serbians with Aleksei Shved scoring 22 points to lead the way in Group D in Istanbul.

France did a good job bouncing back from their opening Group A loss to Finland by beating Greece 95-87. Evan Fournier had 21 points while Joffrey Lauvergne collected 21 points and 11 rebounds in getting the 2013 champions to 1-1 in the group.

Greece are now 1-1 as well despite Kostas Sloukas and Nick Calathes both picking up 15 points.

The nightcapper in Group A has hosts Finland taking on Slovenia.

Group B has two undefeated teams as both Germany and Italy booked second wins.

Dennis Schroder tallied 23 points as Germany beat Georgia 67-57 to move to 2-0 with Robin Benzing chipping in 11 points a day after becoming a father.

Zaza Pachulia had 14 points but they were not enough as Georgia fell to 1-1.

Marco Belinelli drained six of Italy's 17 three-pointers in scoring 26 points in a 78-66 win over Ukraine to move to 2-0 while Ukraine are winless at 0-2.

The last game in Group B in Tel Aviv will see Israel face Lithuania.

In Group C, reigning champions Spain rolled once again by beating Czech Republic 93-56 in Cluj-Napoca, Romania. Pau Gasol collected 26 points and eight rebounds in 20 minutes and Ricky Rubio had 17 points in moving Spain to 2-0 in the group.

Czech Republic are 1-1 despite 11 points from Martin Kriz.

Montenegro are also 1-1 after a 72-48 win over Hungary with Nikola Vucevic and Bojan Dubljevic leading the way with 13 points each.

David Vojvoda had 20 points in the loss which now sees Hungary at 0-2.

The last game in Group C is hosts Romania taking on Croatia.