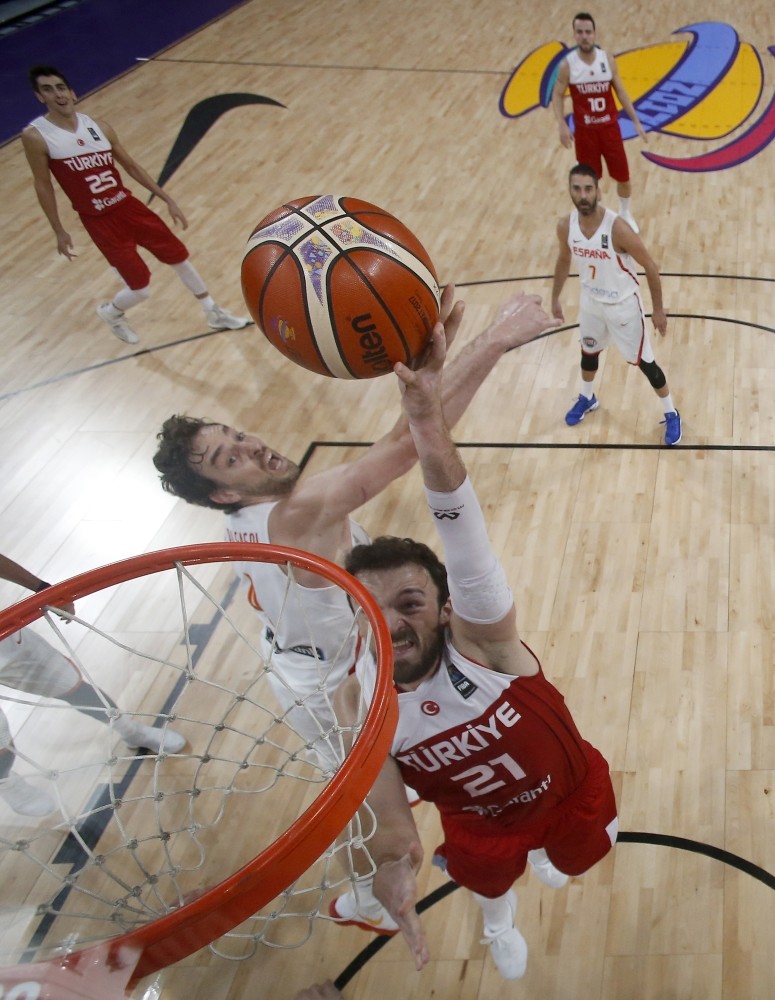 Holders Spain pulled away from hosts Turkey in the fourth quarter to reach the FIBA EuroBasket 2017 quarter-finals on Sunday where they were joined by Russia, Serbia and Latvia. Ricky Rubio scored 15 points as Spain saw Turkey pull to within four points late in the third period before winning 73-56. Sergio Rodriguez chipped in 11 points and nine assists and Pau Gasol had 11 points and seven rebounds for Spain. Spain remained undefeat at the tournament as they are three victories away from a fourth European title in the last five championships. Next up for Spain are 2005 runners-up Germany today in Istanbul's Sinan Erdem Dome.

The 2007 champions Russia returned to the quarters for the first time since taking bronze in 2011 as they raced away from Croatia 101-78. The Russians set up a date with Greece in the final eight tomorrow. Bogdan Bogdanovic collected 17 points and six assists as the 2009 finalists Serbia beat Hungary 86-78 to make it to the final eight for the fourth straight continental championship.

With the win, Serbia set up a quarter-finals date with Italy tomorrow. Hungary's first EuroBasket since 1999 came to an end despite 22 points from Zoltan Perl. The other final eight showdown will see Latvia take on Slovenia today after the Baltic side blasted Montenegro 100-68 to reach their second straight appearance at this stage. Today's two quarter-finals are Greece versus Russia and Italy against Serbia. COMPILED FROM WIRES

Here are the Quarter Final matchups in EuroBasket 2017: