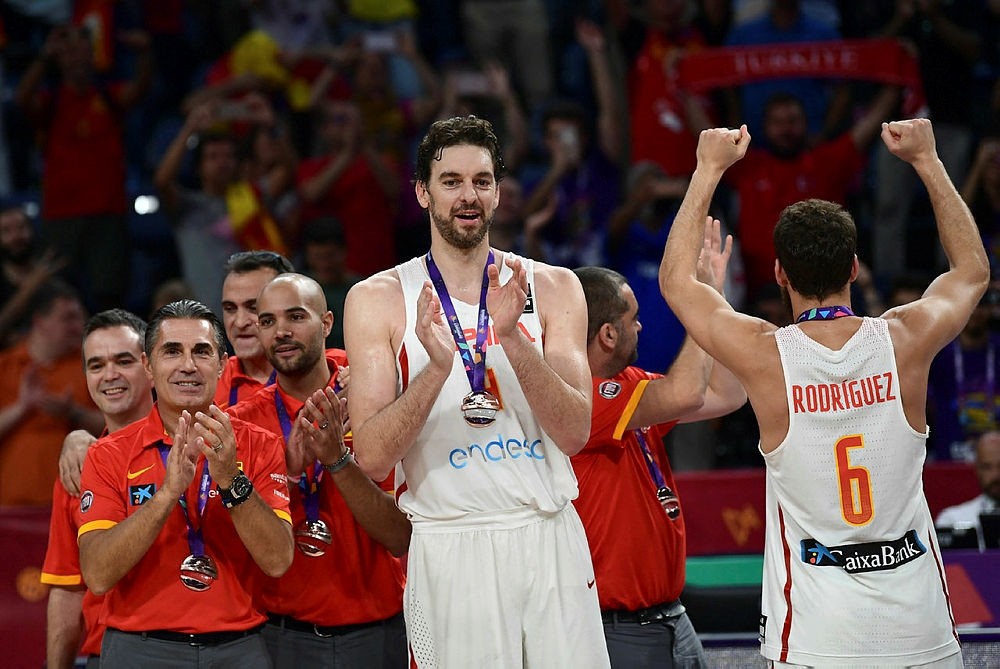 A dominant first half allowed Spain to prevail over Russia in Istanbul's Sinan Erdem Dome. Spain went up by 17 points, 45-28, after the first half, which proved to be an insurmountable lead over Russians.

Pau Gasol led the way with 26 points and 10 rebounds while Marc Gasol totaled 25 points as Spain bounced back from their semi-final loss to Slovenia. Point Guard Sergio Rodriguez was also influential for his team; he scored 16 points and dished out 9 assists.

Russia, who have not won a medal since bronze in 2011, were paced by Aleksei Shved's 18 points. The Russians trailed by 18 points in the third quarter but cut the gap to two with three minutes to play. Pau Gasol and Spain, however, were too strong in the end.

Later in the evening, Slovenia have won their first ever gold medal in EuroBasket 2017 and become Europe's champions after defeating Serbia 93-85 in Istanbul on Sunday.