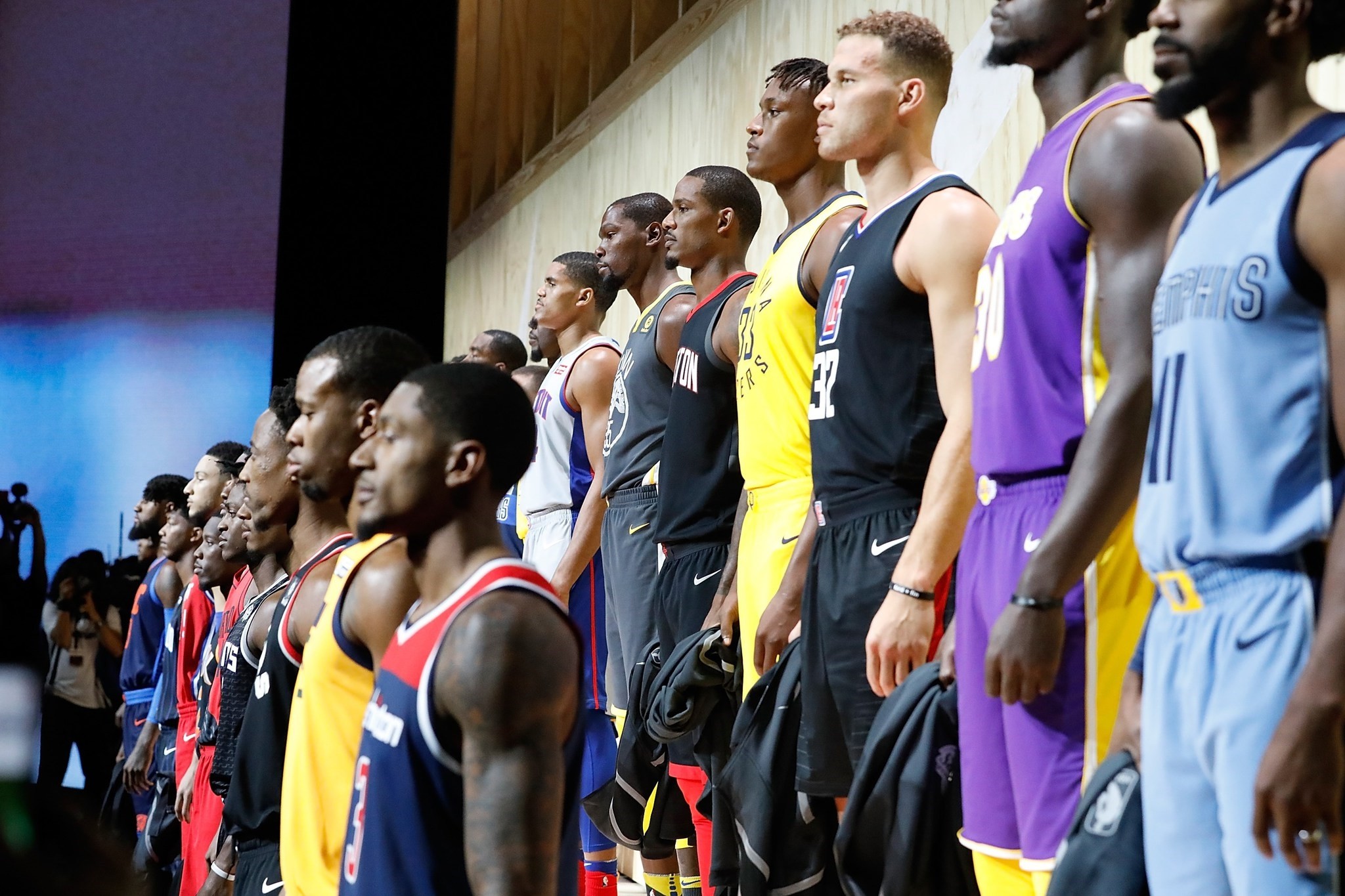 Nike unveils the new jerseys during the unveiling of the New NBA Partnership with Nike in Los Angeles.
by Sep 18, 2017 12:00 am

Sporting a favorite player's number can now be more than a declaration of faith, thanks to smart jerseys unveiled this weekend by Nike as part of its new partnership with the NBA.

A tap of a smartphone to a label on the jersey allows the wearer a real-time look at Kevin Durant's statistics, Blake Griffin's post-match press conference, or even the music playlist an NBA star uses to get motivated before a game. The high-tech kit was unveiled on Friday night in a show featuring rapper Travis Scott, Golden State Warriors superstar Durant and Los Angeles Clippers standout Griffin. Frank Ntilikina, the French sensation who is poised to launch his first NBA campaign with the New York Knicks, was also on hand to tout the technology that will be available worldwide on September 29. Stefan Olander, Nike vice president in charge of digital innovation, says the jerseys, embedded with a NFC (near field communication) chip will bring customers closer to the game than ever.

"We have access to content that cannot be found elsewhere, and we bring this unique added value to our customers with this jersey," Olander said. U.S. sports apparel giant Nike becomes the official supplier to the NBA and its 30 teams in the 2017-2018 season, which starts on Oct. 20, replacing Adidas. Signed in June 2015, the mega-contract covers eight years and while the terms have not been officially announced industry experts put its value in the region of $1 billion. The deal puts the Nike swoosh on the jersey of the reigning champion Golden State Warriors, the Cleveland Cavaliers of LeBron James, and such iconic teams as the Los Angeles Lakers and New York Knicks. Nike also has access to exclusive content produced by the NBA and its partners, including videos, match sequences and locker room video, which fans will now be able to access through their "connected jerseys."