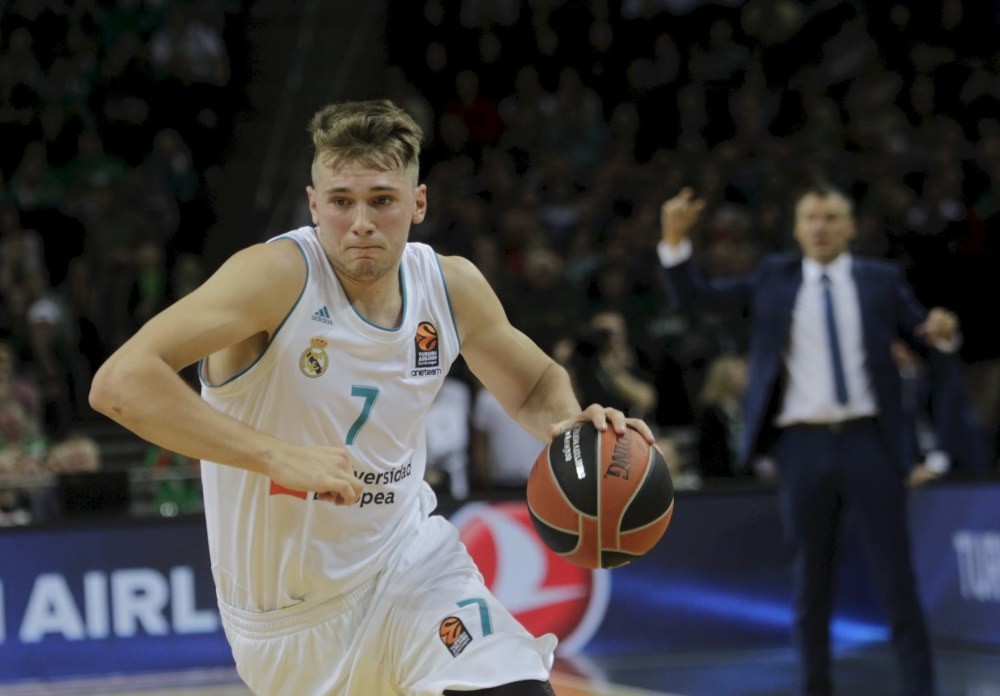 Real Madrid's Slovenian star Luka Doncic has claimed the Turkish Airlines EuroLeague's MVP award for the month of October. The 18-year-old made sure that injury-riddled Real Madrid finished October as one of just two EuroLeague teams unbeaten through four rounds of play. Among his feats this month, Doncic posted the highest performance index rating, 129, through four games of any EuroLeague player since 2000. His 96 points also matched the most this decade in a season's first four games.

In Madrid's first win, he broke his previous best scoring total by 10 points while in the last two, he matched that new career high and exceeded it by a point. He also became the first player to sweep the weekly MVP honor in a double-round week of games. As such, Doncic becomes by far the youngest monthly MVP in the 13-year history of the award and among the most indisputable honorees, as well. The MVP of the Month honor is now in its 14th season. Although statistics and performance index ratings are taken into consideration for the award, they alone do not determine who is honored.

The winner is named by Euroleague Basketball based on the players as well as his team's performance. The award for March was based on the six regular season games that all teams played during the month. Doncic came into the season off a magical gold-medal run for Slovenia at EuroBasket but had the difficult task of replacing his injured Madrid teammate Sergio Llull, last season's EuroLeague MVP. On the road against Anadolu Efes in Round 1, he exploded for 27 points, a new personal best as Madrid cruised to a 74-88 victory. At home the next week, Madrid handed CSKA its earliest loss in seven years, 82-69, as Doncic scored 14 points and led the winners in Personal Index Rating (PIR) with 21. Then came a two-game week in which Doncic reached another orbit.

At home against AX Armani Exchange Olimpia Tuesday, Doncic raised the roof with 27 more points to go with eight rebounds, five assists and three steals for a PIR of 41 as Madrid won 100-90. At 18 years and 8 months, he became the youngest player ever to surpass 40 in PIR. Two nights and a 3,300-kilometer-trip later, in Round 4, he had 4 points at halftime against host Zalgiris Kaunas. By the time the game finished, in regulation time, Doncic has posted a new career high of 28 points to go with nine rebounds and four assists for a PIR of 35, his fourth team-high index rating of the month.