'Mama, I made it': NBA star Stephen Curry mentioned in Republican tax plan 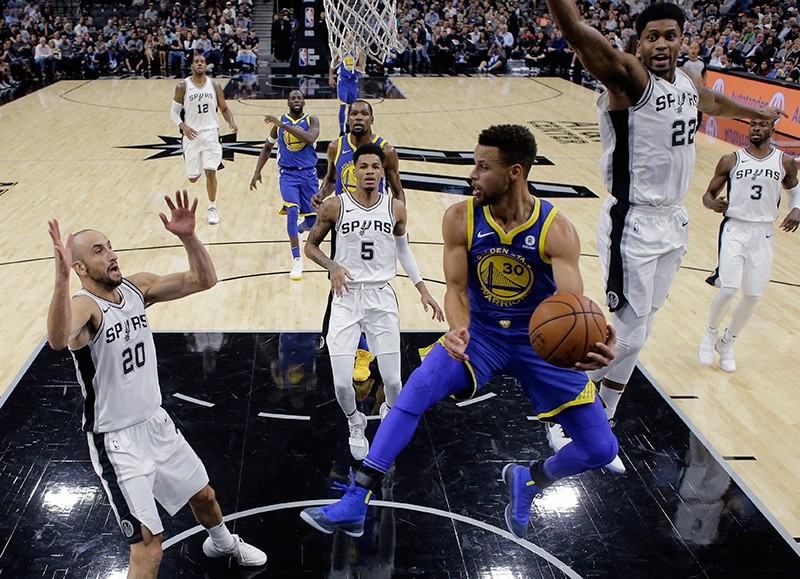 "It was weird, that's about it," Curry said following Golden State's 112-92 win over San Antonio. "There's a lot of people wondering why I was called out, whatever the case may be, but mama, I made it."

Curry was the first NBA player to sign a super-max contract in July following a restructuring of the league's collective bargaining agreement. Perhaps that's why he was named an example for individual wage income.

"The Tax Cuts and Jobs Act includes specific safeguards to prevent tax avoidance and help ensure taxpayers of all income levels play by the rules under this new fairer, simpler tax system," the tax proposal stated. "Our legislation will ensure this much-needed tax relief goes to the local job creators it's designed to help by distinguishing between the individual wage income of NBA All-Star Stephen Curry and the pass-through business income of Steve's Bike Shop."

Curry learned about his place in the plan Thursday and had a question.

"I wonder if Steve's Bike Shop is hiring," Curry tweeted.

Curry has been singled out by Washington Republicans before. The top one, in fact.

In September, President Donald Trump criticized the Warriors for saying they may not visit the White House. Championship teams have traditionally visited the president, but the Warriors were wavering because of their disapproval of Trump.

Warriors coach Steve Kerr has roundly criticized Trump, as has Curry. But it was the two-time NBA MVP that drew Trump's ire.

"Going to the White House is considered a great honor for a championship team," Trump tweeted. "Stephen Curry is hesitating, therefore invitation is withdrawn!"

House Republicans did not explain why Curry was the only person named in the tax proposal.