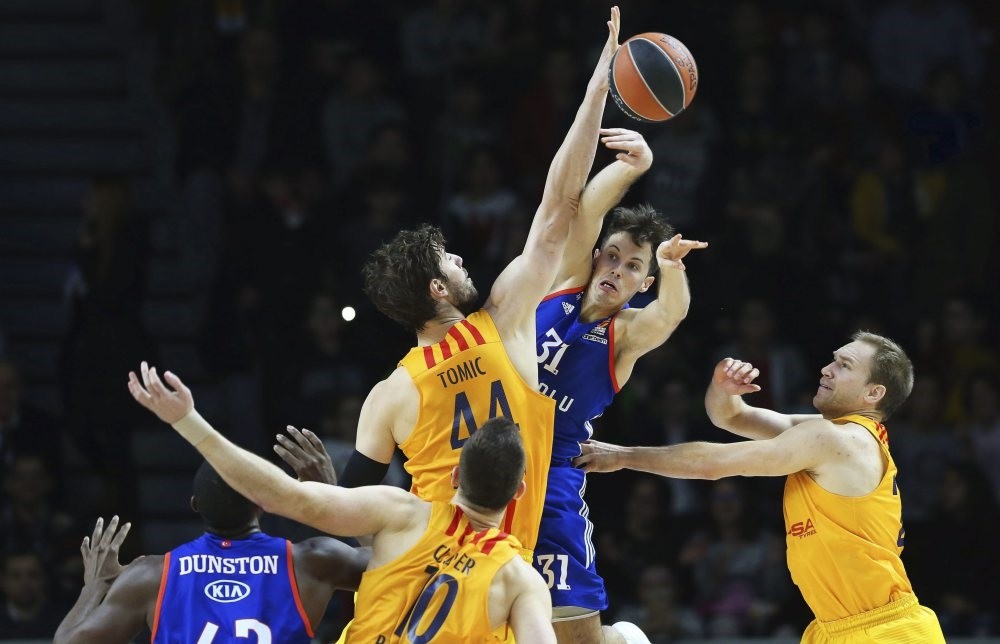 Round 6 of the Turkish Airlines EuroLeague starts today with must-see clashes. In the Catalonia region, Barcelona Lassa (2-3) is set to face-off against a struggling Anadolu Efes (0-5). Rebounding could play an important role in the game as Anadolu Efes leads the league in offensive rebounding with an average of 15 a game, while Barcelona is last with a meager 7 offensive boards a game. On the other hand, Barcelona leads the league with 21.2 assists per game thanks to its point guard duo – one of whom, Thomas Heurtel, arrived from Efes. Meanwhile Efes is last from long range, making just a hair over a quarter of their three-point attempts on 26.2 percent shooting.

Elsewhere, CSKA Moscow (4-1) and Round 5 MVP Nando De Colo host Valencia Basket (3-2). This will be the first meeting between the sides since 2010. That season Valencia handed CSKA one of its worst ever losses, 82-57. The games pits a clash of styles as the Russian champs boast the second-best attack in the league with 87 points per game and lead the league with 8.2 steals a game. However, the Spanish champs' defense has allowed the fewest points per game this season, giving up only 68.2 ppg so far in the competition.

Furthermore, Maccabi FOX (3-2) and Real Madrid (4-1), two teams with rich histories, will clash in Tel Aviv. Hosts Maccabi are the league's top rebounding team with 39.6 boards a game. For that, they can thank league-leading rebounder Alex Tyus, who has been averaging 8.2 rebounds per game. Meanwhile the visitors, Real Madrid, are the league's top-scoring team with 87.4 ppg. The Spanish side is led by league-leading scorer Luka Doncic, who has been shooting lights out this season with 21.6 ppg.

On another note, Tyus is the only player from the 2014 champion Maccabi team, which edged Madrid 98-86 in overtime for the title. Meanwhile, two teams looking to bounce back from losses will meet in the fashion capital when AX Armani Exchange Olimpia Milan (1-4) hosts Zalgiris Kaunas (2-3). Milan, the number two 3-point shooting team (41.0 percent) in the league, has also struggled defensively and is allowing 87.6 ppg, the most in the league.