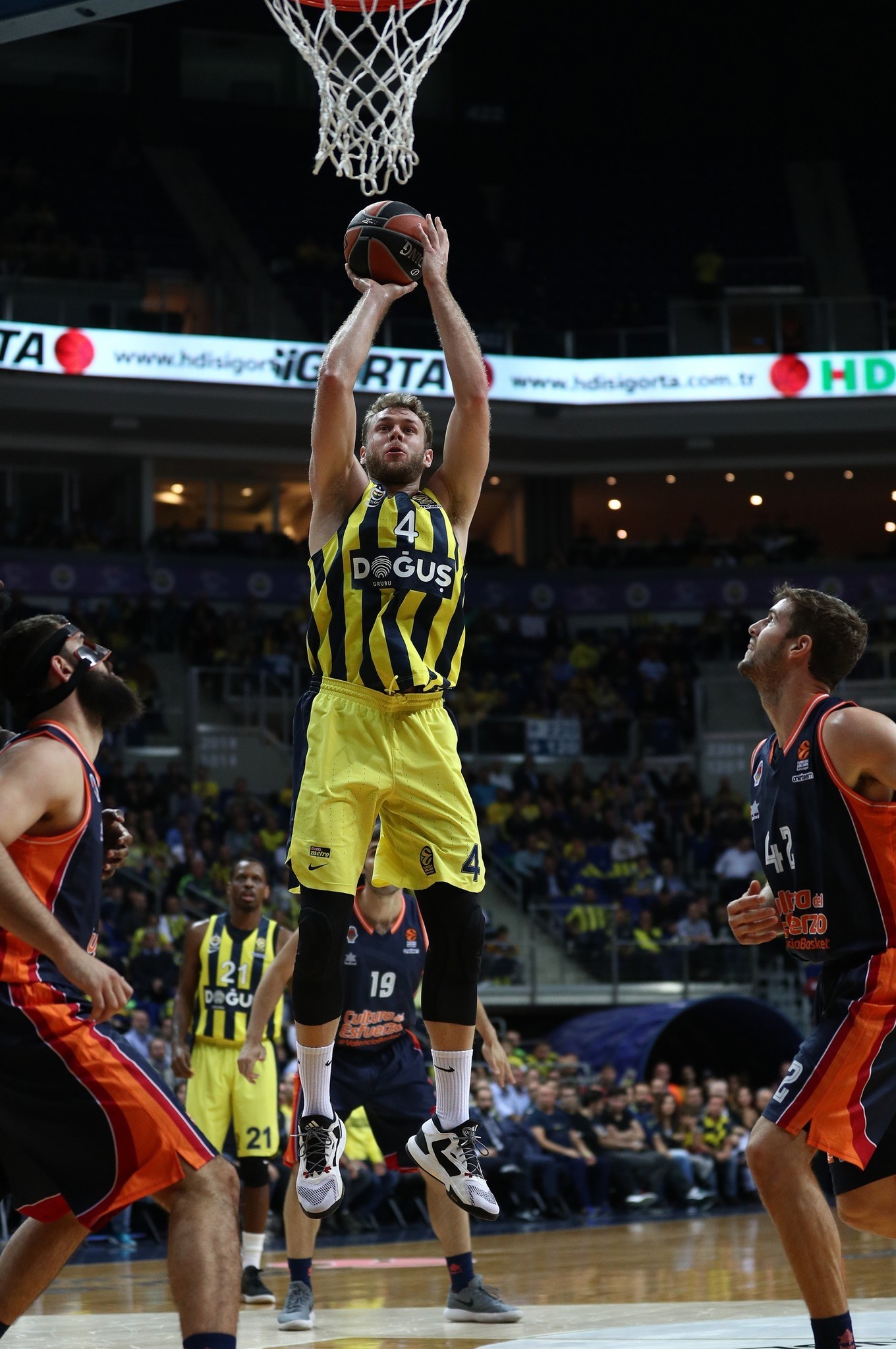 The game will be a homecoming of sorts for All-EuroLeague forward Nicolo Melli (below), who the past two seasons in Bamberg.
by daily sabah
Nov 10, 2017 12:00 am

The game will be a homecoming of sorts for All-EuroLeague forward Nicolo Melli, who has spent two seasons in Bamberg. All-EuroLeague guard Brad Wanamaker also played two seasons for Bamberg while the German side's guards Nikos Zisis and Ricky Hickman both have a history with Fenerbahçe. The champs are the league's top three-point shooting team (42.4 percent) and allow the fewest rebounds (30.0 rpg).

Elsewhere, Khimki Moscow Region (4-1) takes on Baskonia Vitoria Gasteiz (1-4). Khimki, which is undefeated in three home games this season, is coming off a big win against Real Madrid. Coach Bartzokas's side boasts the third-most points scored per game, 81.2 points, in the league this season and its star guard, Alexey Shved (19.2 ppg), is the second highest scorer in the competition.

Baskonia, which is coming off its first victory, is the second-lowest scoring team (70.4 ppg) in the league but also ranks second in rebounds with 37.0 boards per game. The Greek capital will come to a stop tonight when Olympiacos Piraeus (4-1) takes on crosstown rival Panathinaikos Superfoods Athens (2-3) in the Athens derby. The game has the two teams with the fewest assists in the league; the Reds are last with 13.6 assists per game and the Greens with 14.0 assists per game are not far ahead. Interestingly, Panathinaikos playmaker Nick Calathes (7.2 apg) is the league-leader in assists. Olympiacos, which is coming off its first loss of the season, has found success on defense; it allows the second-fewest points (71.0 ppg) and the fewest offensive rebounds (7.2) per game in the league.

Round 6 will come to a close with Unicaja Malaga (2-3) playing against Crvena Zvezda mts Belgrade (2-3). The game has two of the top offensive rebounding teams in the league; Zvezda is second with 13.2 offensive rebound per game and Unicaja is close behind in fourth with 11.8 per game. Despite its success in that area, Unicaja is the lowest-scoring team (70.2 ppg) so far this season. These teams have only met twice before in the EuroLeague with Zvezda sweeping the season series two years ago.