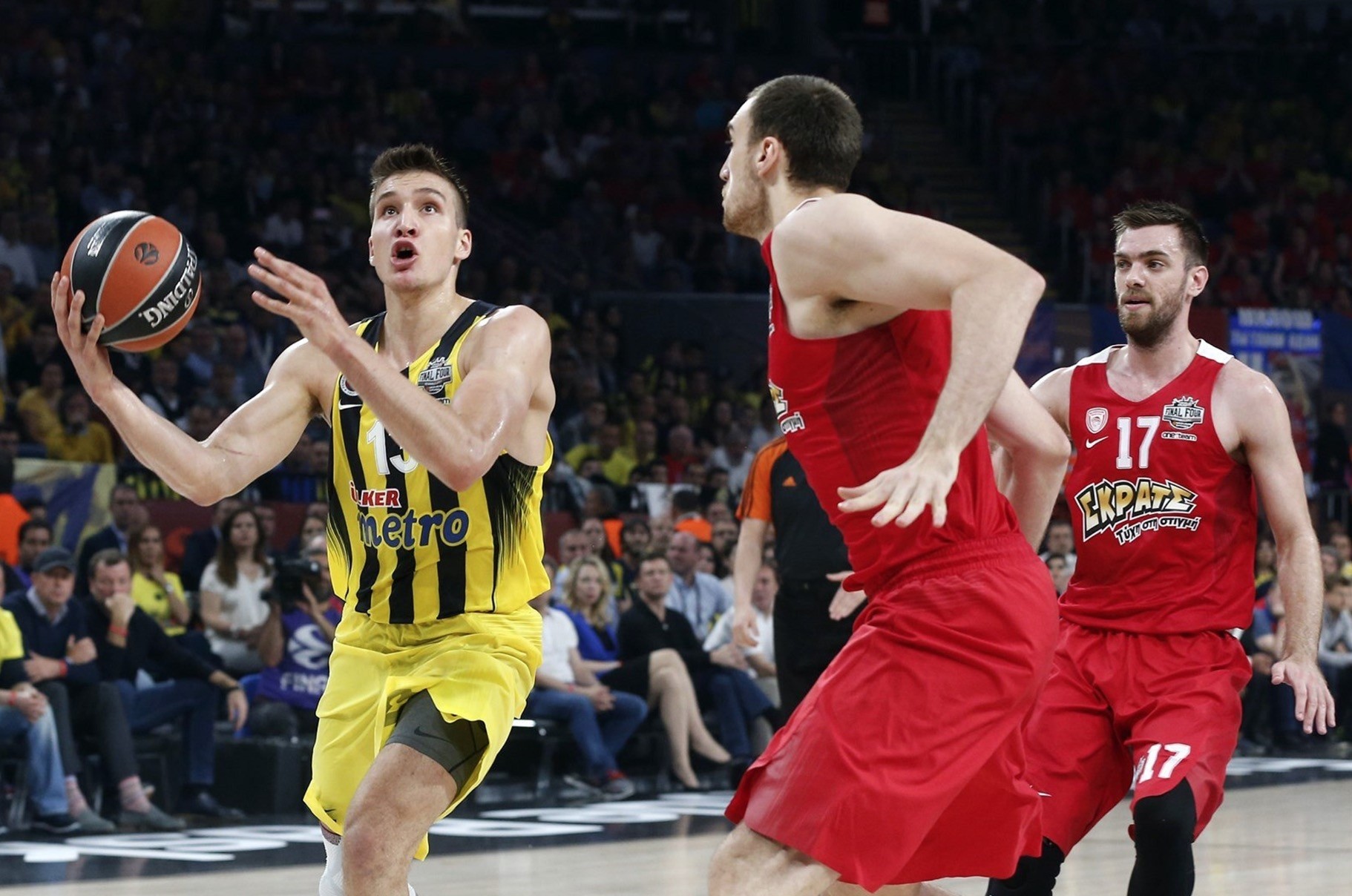 The much-awaited rematch offers added incentive for Olympiacos who are looking to avoid a third consecutive loss, while Fenerbahçe are gunning for their third straight win

The Turkish Airlines EuroLeague's first two-round week in November is set to feature a rematch of the 2017 championship game between Fenerbahçe Doğuş and Olympiacos Piraeus.

The much-awaited rematch offers added incentive for Olympiacos (4-2) who are looking to avoid a third consecutive loss, while Fenerbahçe (4-2) are gunning for their third straight win.

The home team, Fenerbahçe, leads the league in both 2-point and 3-point conversion rates, at 57.4 percent and 43.8 percent, respectively, but that accuracy will be seriously challenged by an Olympiacos team that has allowed the second-fewest points in the competition, 70.8 per game.

Indeed, the only team with a better defense than the Greeks has been Fenerbahçe with just 69.5 points per game conceded. And after scoring just 51 and 62 points in its last two losses, Olympiacos desperately needs to find a spark for its offense.

Elsewhere, league-leading CSKA Moscow (5-1) will go in search of its fifth straight win with a trip to face a Crvena Zvezda team (2-4) that will require all its famous defensive resolve to stop Nando de Colo, who has averaged 22 points in his last three games.

CSKA, on the other hand, leads the league in scoring (88.2 points per game) and overall performance index rating (104.2 per game), but Zvezda could profit from long-range against a CSKA team that has allowed the second-highest number of three-pointers in the competition (9.3 per game).

The home side, which is staging this week's contest in Nuremberg, will need to slow down the league's assists leader, Thomas Heurtel (7.3 assists per game), and the battle of the boards could also be crucial. Barcelona has claimed the second-highest number of defensive rebounds in the league (27.5 per game), while Brose has pulled in the second-lowest number (21 per game).

Barcelona is ranked last, however, in offensive boards with just seven per game.

Round 7 action concludes with Valencia Basket (3-3) taking on AX Armani Exchange Olimpia Milan (1-5), who are looking to bounce back after suffering a 62-94 home loss against Zalgiris.

Partly as a consequence of that defeat, Milan has the worst defensive record in the competition with an average of 88.7 points conceded.

Valencia is third-best in that category, allowing just 72.5 points per game. Valencia also has the edge over Milan in most statistical categories, but Milan's Kaleb Tarczewski is emerging as one of the league's top rebounders and his battle with Tibor Pleiss and Bojan Dubljevic could be key.