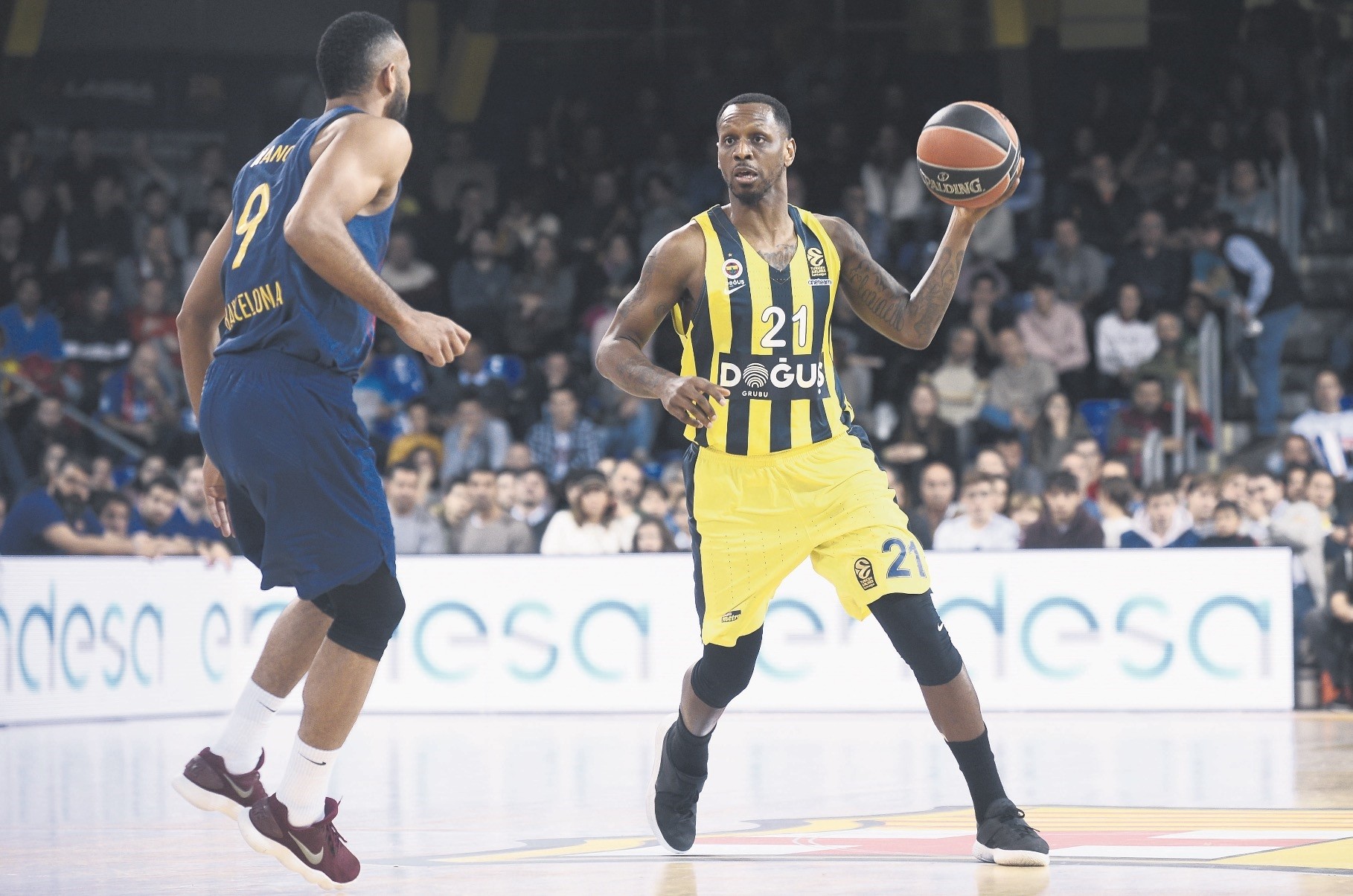 Fenerbahu00e7eu2019s James Nunnally leads the competition in three-point accuracy with a 60 percent conversion rate.
by Daily Sabah Dec 14, 2017 12:00 am

The reigning champion, Fenerbahçe (9-2) will be looking for a fifth successive victory with the visit of a dangerous Zalgiris (6-5) that has already won three away games this season.

Zalgiris will find it tough to score against the home team's league-best defense, which has allowed only 67, 69 and 68 points in its last three outings.

The long-range shooting skills of Kevin Pangos will be crucial to Zalgiris's hopes, with the guard ranking third in the league in three-pointers (2.5 per game), although Fenerbahçe is hardly struggling in that department either as James Nunnally leads the competition in three-point accuracy with a 60 percent conversion rate.

As for the other matches today, Brose Bamberg (5-6) is aiming to break a two-game losing streak and maintain at least a share of eighth place with the visit of co-leader Olympiacos (9-2), which has veteran leader Vassilis Spanoulis back in the saddle after missing the first 10 games of the season through injury.

Brose coach Andrea Trinchieri has ordered his team to improve its rebounding and could try to achieve that by giving a debut to newly-signed big man, Dejan Musli against an Olympiacos team that ranks third in the league in defensive boards (25.8 per game).

History, however, will be on the home team's side as Olympiacos has lost in each of its three previous EuroLeague trips to Brose Arena. Meanwhile, Unicaja Malaga (3-8) will be hoping to climb off the bottom of the standings by ending a five-game losing slide against Khimki Moscow Region (7-4), which has won its last two games to strengthen its position in the top half of the table.

Unicaja has allowed the third-highest number of three-pointers in the EuroLeague (9.5 per game), and that stat will give every encouragement to Alexey Shved after the competition's joint leading scorer sank five shots from downtown last week. Unicaja also needs to better protect its rim after blocking the joint-lowest number of shots in the league (1.7 per game).

Today's action will be rounded out with a highly significant Clasico between two Spanish rivals desperate for a victory. Madrid (5-6) has lost six of its last seven games, while Barcelona has not yet won on the road this season.

It's obvious that finding a way to stop Luka Doncic will be the key to the visitors' hopes. The remarkable 18-year-old leads his team in scoring (20.9 points per game), rebounds (6.1 per game) and assists (4.2 per game). Big man Kevin Seraphin, who leads Barcelona with 13.5 points per game, will look to exploit Madrid's injury problems by dominating inside the paint.