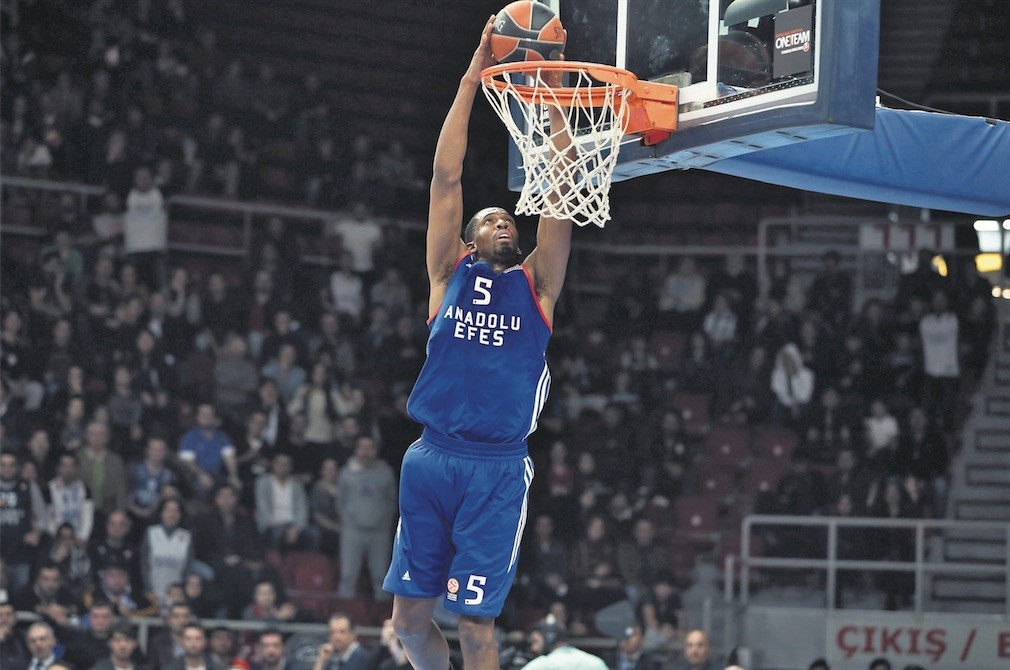 The second half of the Turkish Airlines EuroLeague Regular Season gets up and running this week with a series of tantalizing showdowns in Round 16.

Highlights include the league leader facing a testing road trip, the reigning champion attempting to emerge from a slump and an all-Spanish showdown between two fast-improving outfits.

Panathinaikos (10-5) will look to return to winning ways against an Efes (4-11) team that is aiming to underline its recent improvement with a second straight victory.

Efes's cause has been aided by the return of key forward Derrick Brown after a lengthy injury absence, and they travel to Greece with a clear advantage in rebounding after claiming 36.0 boards per game, fourth best in the competition, while Panathinaikos has grabbed just 32.7.

However, the Greens can claim significantly better shooting accuracy, converting 53.3 percent of two-pointers and 40.2 percent of three-pointers compared to Efes's respective tallies of 49.3 percent and 32.4 percent.

Elsewhere, an all-Spanish duel features two teams with regained confidence as Unicaja (7-8) looks for a fifth consecutive win with the visit of Valencia (4-11), which ended a 10-game losing sequence by downing high-flying Panathinaikos last week.

Unicaja has a clear advantage in rebounding, averaging 36.1 boards per game compared to Valencia's 30.9.

But Valencia will look to profit from long-range, boasting a significantly better three-point shooting game than the home team, converting 38.9 percent of downtown strikes against Unicaja's 35.1 percent.

The visiting team will again rely heavily on Erick Green, whose average of 16.6 points per game accounts for 22 percent of his team's total.

After reigniting its season with a convincing victory last week against one Moscow team, Barcelona (5-10) will now look to defeat the other as league-leading CSKA (12-3) heads to Palau Blaugrana.

Barcelona Coach Sito Alonso has switched up his options recently, giving more prominent roles to previously fringe veterans Juan Carlos Navarro, Ante Tomic, Victor Claver and Pau Ribas. They'll be aiming to repeat the team ethic which recorded a remarkable 32 assists – by far the season's highest from any team – in the win at Khimki.

But CSKA leads the league in both two-point (55.9 percent) and three-point (43.0 percent) shooting accuracy, so defense will be key for the home team.