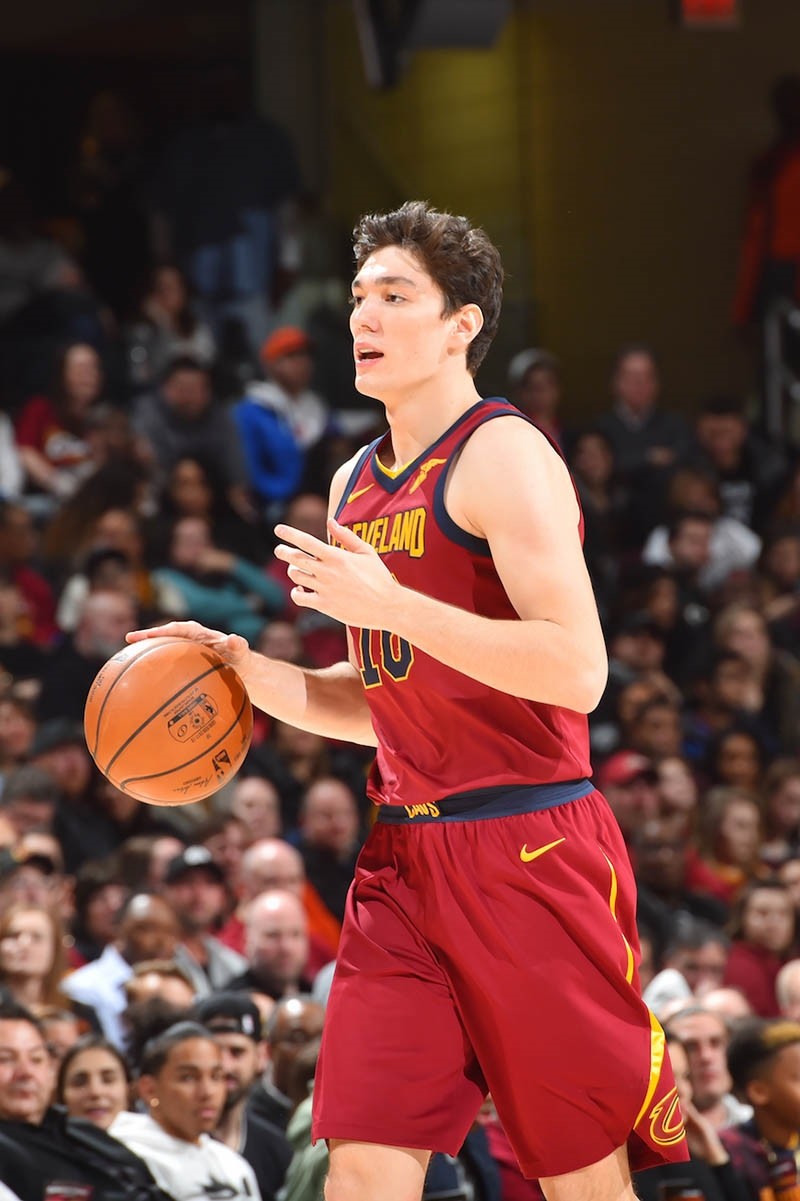 Cedi Osman #16 of the Cleveland Cavaliers handles the ball against the Philadelphia 76ers on December 9, 2017 at Quicken Loans Arena in Cleveland, Ohio. (Getty Images)
by Daily Sabah with AA Jan 16, 2018 12:00 am

Osman hopes to join Turkey's national team in games against Ukraine on June 28 and against Sweden on July 1, but his participation will depend on his team's NBA championship schedule.

"I have to comply with my game programs," Osman told the International Basketball Federation (FIBA) in an interview published Tuesday.

"I hope we'll go to the last game in the NBA this year. Of course, that would mean I will spend the whole of June here [in Cleveland]. However, if there are no health problems, and if the conditions are appropriate, wearing a national jersey is always an honor for me," Osman said.

"When you wear that jersey, it gives you a huge responsibility and great excitement to feel that millions of people are backing you," he added.

He averaged 16 points, 5 rebounds and 3.8 assists per game in the tournament held in Istanbul.

"Our supporters in Istanbul were spectacular. They were with us in every game no matter if we won or lost. In addition, I think we showed that we have the fighting spirit in the games," Osman said.

Due to his tight schedule with the NBA, Osman could not represent Turkey in group matches against Ukraine and Latvia in World Cup 2019 European Qualifiers played November 2017, but he watched Turkey's performance.

"To start with victories over Latvia in Bursa and Ukraine in an away game was a very good start in terms of leaving our mark in our group," Osman said. "But, even more important than that, it boosted our team's motivation in the beginning of the qualifiers."

Osman highlighted the need for the Turkish national team to fight for the ball until the last second.

"Fighting well as a team, acting together on both offense and defense, are the most important tools to succeed," he said. "Statistically, there were some players that stood out in both games, but I believe our success came down to good teamwork."

Osman, who plays small forward and shooting guard, has been seeing increased playing time with the Cavs. The rookie has impressed in his NBA debut season for being a "fast learner" and playing "extremely hard," said teammate Lebron James in December.

"We definitely got a good one in Cedi," James said.