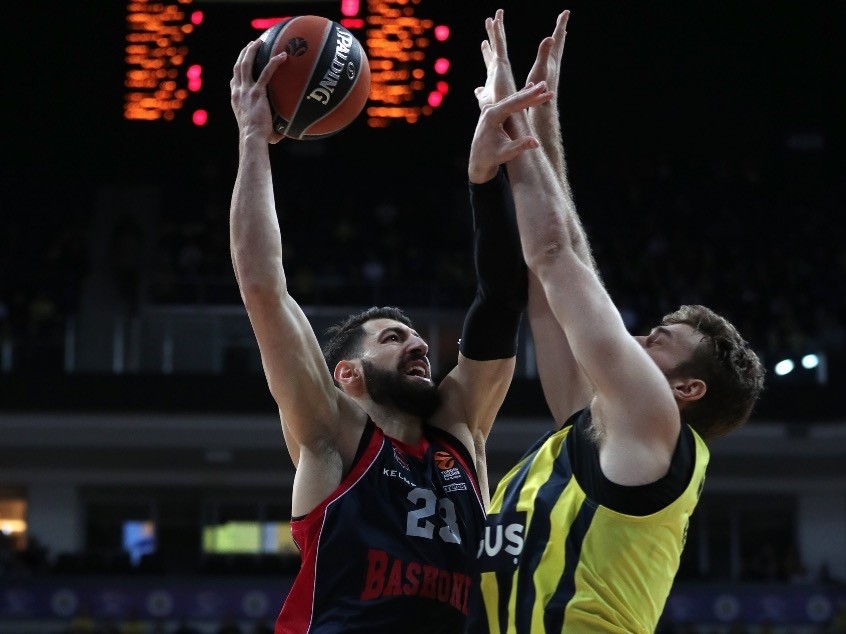 The Yellow Canaries have won six straight home games against the Greens, and today, coach Zeljko Obradovic's Fenerbahçe looks for a victory that would displace his old team from second place

The first two-round week of 2018 started with Round 18. There will be a playoff rematch in Istanbul, where Fenerbahçe Doğuş hosts Panathinaikos Superfoods; Fenerbahçe has won six straight home games against the Greens.

A battle royale is in store in Istanbul as Coach Zeljko Obradovic's Fenerbahçe (11-6) looks for a victory that would displace his old team, Panathinaikos (12-5), from its current share of second place.

Fit-again Panathinaikos point man Nick Calathes will attempt to continue his outstanding season by picking his way through a Fenerbahçe defense that leads the league with an average of just 71.8 points conceded per game.

If Jan Vesely remains sidelined by injury, that will be particularly good news for James Gist as the veteran seeks to continue arguably the best season of his career against his former club.

Elsewhere, no team is hotter right now than Real Madrid (11-6), which has surged to joint third place with a run of six consecutive wins with the presence of newly signed Walter Tavares – who has averaged 10.5 points and 10 rebounds in his last two games – helping overcome a lengthy injury list.

Madrid lost by 30 against this week's visitors Baskonia (8-9) when the teams met in Vitoria in Round 7, so expect a sense of revenge to be in the air as two teams that know each other extremely well go head to head.

Baskonia showed its capabilities with last week's thrashing of Olympiacos, and knows another win could be enough to climb into the playoff zone.

Elsewhere, Milan (4-13) is now rock bottom in the standings after suffering a run of eight losses in nine games, and will seek a turnaround against an Unicaja team (7-10) which has been plunged back into doubt by following four straight wins with two consecutive losses.

Unicaja is the third-lowest scorer in the competition (76.4 points per game) but has a chance to improve that tally against Milan, which has allowed more points than anyone else (83.3 ppg). The hosts need leading scorer Andrew Goudelock to return to form after being held scoreless by CSKA last week.